You can say what you want about not being your brother’s keeper, but if you are the President of the United States, your closest living relative is fair game for public comment.

So here’s the issue:


President Obama’s brother appears on the website of the Barack H. Obama Foundation – named for their mutual father – in a Hamas keffiya emblazoned with the words, in Arabic, “Jerusalem is ours – we are coming!”

The keffiya also includes a map which purports to be of “Palestine.” On the map, the Mediterranean Sea and the Jordan River are outlined in blue, beneath which is written the Palestinian Arab war cry: “From the River to the Sea!”

In other words, Malik Obama appears to support the eradication of the Jewish State by its Arab enemies. The caption of the picture identifies Obama as being at a conference in Yemen in 2010.

That is worth noting.

There are other facts to be taken into consideration.

President Barack Obama and this brother, Obon’go Malik Obama, did not even know each other growing up, but during a nearly 20 year span the two played significant roles in each other’s lives.

Malik Obama was the best man at the 1992 wedding of Barack and Michelle Obama. Barack Obama returned the honor at one of Malik Obama’s weddings. For some reason, the president refers to Malik as Roy.

In an interview that ran in GQ this past summer, Malik Obama vacillates between emphasizing the closeness between the brothers (he insists in his culture there is no such thing as “half-brother”) and covering up for an obvious distance measured by more than miles.

The interview is painful to read, this older Obama brother is both elevated and humiliated by how much his father’s namesake has accomplished, and how little the first born has to show for himself.

The GQ interview went into some detail about the Barack Hussein Obama Foundation which Malik runs, and the fact that no one seems to be able to point to a single project or widow it has aided. However, the author did not comment on the appearance on the website of Malik Obama decked out in a Hamas scarf.

The Foundation – named for the shared father, not his more famous brother – did draw some attention this past year.

The Barack Obama Foundation was in the news because although for years its solicitations to donors stated it was certified as a tax-exempt organization under the U.S. tax code, no application to the Internal Revenue Service had ever been made, let alone was approved.

And despite this past spring’s enormous clamor over the IRS logjamming and inappropriately delaying politically conservative organizations – and even completely stonewalling a pro-Israel organization‘s tax-exemption application for more than four years now – the problem with the BHO Foundation was remedied and its tax-exempt status was approved and even backdated in record time.

Points worth noting. Not conclusive of anything, but newsworthy. 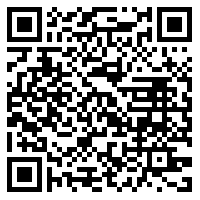