The president spent his entire introductory remarks in his first solo press conference since late April, on proposed changes to the government’s surveillance laws.


The four specific steps he laid out were ones intended to mollify outrage both from the American people and U.S. allies to issues of eavesdropping and other forms of privacy invasion raised in the wake of damaging security leaks by Edward Snowden about secret U.S. government mass surveillance programs to the press.

Those four steps include amending the relevant portion of the Patriot Act, provide oversight to the judges who are tasked with authorizing the specific surveillance programs, increasing transparency regarding the different programs, including creating a website “hub” which will allow U.S. citizens and our allies to better understand the programs, and creating an outside panel of experts to review the entire enterprise to ensure that the U.S. government can maintain the trust of the people and our allies.  This review panel will be required to submit an initial report in 60 days and a final report by the end of the calendar year.

While he remained even-keeled throughout most of his ten minute presentation, the president allowed himself a few jabs at countries who have been harshly critical of the U.S. in the wake of the Snowden leaks.

It’s true we have significant capabilities. What’s also true is we show a restraint that many governments around the world don’t even think to do, refuse to show. That includes, by the way, some of America’s most vocal critics. We shouldn’t forget the difference between the ability of our government to collect information online, under strict guidelines and for narrow purposes, and the willingness of some other governments to throw their own citizens in prison for what they say online.

The president concluded his prepared remarks by praising domestic critics of the surveillance programs, going so far as saying, “our critics are also our patriots.”  But in responding to one of the reporters called on who queried how far this magnanimous position extended, the president made crystal clear, “No, I don’t think Mr. Snowden was a patriot.”

Of the questions asked by reporters of the president, the majority dealt with some aspect of the Snowden/Russian relations/surveillance review issues, two dealt with healthcare, one was about the next Federal Reserve chairman, one was on immigration reform, one was whether the U.S. is going to capture and punish the people who attacked the U.S. outpost in Benghazi, and one was whether al Qaeda has actually been “decimated.”

In other words, it apparently was of only minor significance that an unprecedented shuttering of the official face, presence and voice of America across a vast swath of the globe was of merely minor significance to the entire White House press corps as well as to the president of the United States.  No one asked – or was permitted to ask – what exactly led to the closure of the government buildings or when they were expected to re-open.

However, after the press conference ended, the State Department issued a statement that 18 of the 19 embassies and consulates which have been closed for a week will reopen on Sunday or Monday.  The U.S. Embassy in Sanaa, Yemen, will remain closed, and almost all U.S. government personnel were ordered to leave Yemen last Tuesday because of the potential for terrorist attacks from al Qaeda in the Arabian Peninsula. In addition, the U.S. embassy in Lahore, Pakistan, “which closed yesterday due to a separate credible threat to that facility, will also remain closed.”

You’d think there would have been more of a focus on the real, ongoing terrorist threats to the United States than on, say, who will be the next Federal Reserve chairman or even on immigration reform, neither one of which threatens to murder, maim and savage Americans in the immediate future. 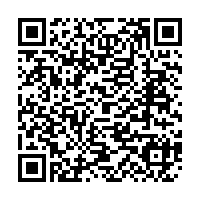