Al Najah University in the Palestinian Authority city of Shechem (Nablus) was closed on Tuesday for two days following a violent incident, during which university security personnel fired at members of Hamas’ student body, the “Kitla Islamia” (Islamic Bloc), who held a protest rally within the university walls demanding political freedom of action.

During the incident, a number of students were injured and taken to hospitals after being sprayed with pepper spray. Former PA Minister Nasser a-Din Sha’ar, who arrived as a lecturer at the university, was also injured.


Last week, the university administration prevented a press conference held by students from the Islamic Bloc, and 15 students and faculty members were arrested or expelled.

Footage of violence that took place yesterday between Palestinian security forces with Fatah related student body members and students affiliated with the Islamic movement from Hamas at the An-Najah National University in Shchem. pic.twitter.com/sSZWnp8TRI

In a press release, the university said that “there are elements who insist on fueling the crisis within the university,” while Hamas issued a statement following the incident stating that “this is a barbaric attack. The Palestinian Authority is turning higher education institutions into military facilities.”

Sheikh Kamal Khatib, deputy head of the Northern Islamic Movement in Israel, also referred to the incident and said that “the university’s security personnel avenged their failure and loss in the recent elections in Bir Zeit,” in which Hamas defeated Fatah.

Khatib called the university’s security personnel “gangs of the Shabihah,” the infamous thugs employed by the Syrian regime.

Meanwhile, sources in the PA and Fatah say that tensions are rising between the two major organizations, against the background of what appears to be the beginning of the succession struggles towards the day after PA head Mahmoud Abbas.

Recently, Fatah suffered a series of failures in confrontations with Hamas, the most notable of which was its failure in the student council elections in Bir Zeit, and before that at Bethlehem University.

Fatah also lost a series of elections to various unions and local councils.

A university student told TPS that “the incident yesterday developed after criminals thrown out of the university provoked the security personnel and they could not ignore that situation but responded with severe violence”.

“Hamas rode this incident and took advantage of it in the fight against the PA,” he said, adding that “in Nablus, there is a growing fear of losing control due to rising tensions between Fatah and Hamas throughout the region. Political struggles and crime are now threatening a large part of the Palestinian Authority.”

In recent months, universities in the PA have become a focus of concern for the Palestinian leadership.

About 215,000 Arabs study at the various universities and colleges in the PA and the Gaza Strip, of which 41,000 graduate each year, half of whom join the unemployment circle.

In January, the student council at Bir Zeit University demanded the dismissal of the university’s administration, and especially the dean of student affairs and the speaker. The students, members of the Islamic Bloc, claimed that the administration was responsible for an arrest operation, during which Ismail Barghouti, the coordinator of the Islamic Bloc, and four other students were arrested by Israeli Special Forces. Eyewitnesses claimed that an Israeli force arrived at the university gates in minibusses carrying PA license plates and ambush the wanted individuals. Members of the Islamic Bloc came out against the PA and accused the PA security forces of deliberately disappearing from the area to allow the Israeli force to operate.

The students in Bir Zeit, which in recent years has become a center of friction and conflict with the PA, claim that the operation was carried out in coordination between Israel and the PA, adding that some of the students, their colleagues in the Islamic Bloc, were arrested by the Palestinian Authority.

The recent murder of a student at the Arab-American University in Jenin, during a confrontation between groups from neighboring villages, has led to violent incidents in Jenin and the nearby villages. 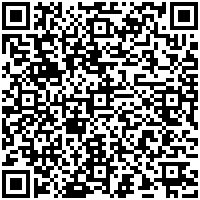