Israel’s Medical Association, the only entity in Israel in charge of setting the standards of medical ethics for all doctors and medical teams, last week decided to change the rules regarding the treatment of injuries in terror attack scenes: from now on, medical teams must provide medical care to victims at the scene of a terrorist attack, including the terrorist perpetrators, according to the severity of their injury.

While MDA, Israel’s EMT service, announced that they would treat the terrorist first, if he or she present the worst injuries, ZAKA, the voluntary community emergency response organization, decided to instruct their volunteers to first provide medical assistance to the victims, Jews or Arabs. Haim Foxman, a longtime ZAKA volunteer, arrived on Wednesday at the scene at Lions Gate, where three Jews had been injured, and decided to deal first with the wounded Jews and not the terrorists, despite the fact that the latter were more badly hurt, Kikar Hashabbat reported.

Foxman posted his experience on the social networks: “To anyone who wants to know, when I got to the scene today at the Lions Gate in Jerusalem, I treated the stabbing victims and, no! I did not go to take care of the terrorist may his name be damned! (sic) — even though his condition was precarious.”

Foxman received praise from surfers. Some surfers warned him not to advertise his actions, fearing an investigation would be launched against him. But the official ZAKA Twitter account backed Foxman, saying, “Usually at the initial phase on the scene the terrorist has been identified, and our policy is indeed to prefer the victims in giving medical care.”

Foxman told Kikar Hashabbat, “when I see that police have identified the terrorist, then I go first to the victims and give them care. I really don’t care what’s the condition of the terrorist.” He added, “To all those who may react cynically, I would like to hear from them what they would do if they were to reach the scene of the attack and had seen, God forbid, their relative lying on the ground wounded as the terrorist next to them is dying in critical condition. What would they do, help their relative first or the terrorist?”

However, Foxman emphasized, “if it’s the scene of an accident and a rescue team member sees his wounded relative with medium injuries, and another who is seriously injured — he should treat them according to the severity of the injury, although in the field not everyone would have acted this way — if he were to see his brother wounded, for example.”

Foxman said that “if in a terrorist attack Arabs were more seriously injured and Jews less so, I would treat according to the severity of the injury, but I would not take care of the murderer first.”

ZAKA Chairman Yehuda Meshi-Zahav commented that “we certainly support [Foxman]. He follows the directive of our organization — care for the victims before treating the murderer. We support him and other volunteers who have done and will do the same.” 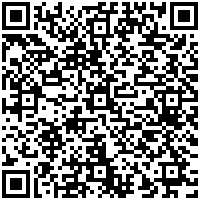