Haredi soldiers have increasingly been attacked by other Haredim – those who are anti-Zionist – but the ferocity of Tuesday’s ambush was unprecedented and drew wall-to-wall condemnation from Israeli politicians.


Of course, there were exceptions to the outrage. Haredi Knesset Members were silent, except for Shas.

A coalition of government ministers from the Likud, Jewish Home, Yesh Atid and other parties expressed disgust at the assault on the Haredi soldier, who hid into a nearby building to escape the assault. Riot police, also under attack by rock throwers, took him out of danger. The soldier, who is from metropolitan Tel Aviv and was visiting a relative, was not injured.

“Any attempt to physically or spiritually harm soldiers should be dealt with harsh penalties by the State,” said Yesh Atid Minister Yaakov Peri, chairman of the  Knesset Committee for Promoting Equal Share of the Burden Chairman. He urged Haredi community leaders “to take responsibility before a disaster occurs,” and called the incident an “attempted lynch.”

Yesh Atid chairman Yair Lapid, who campaigned in the last election on a platform of eliminating deferment to Haredim, called the attack “appalling.”

A new bill to eliminate Haredi deferments was overwhelming approved by a ministerial committee Sunday and is to be voted on by the Knesset.

Three rabbis of the Nahal Haredi army unit also condemned the attack, which they said was an “embarrassment and a disgrace” to the Haredi community in Mea Shearim.

Aryeh Deri, leader of the Shas party went so far as to say that the attack by “extremist and delinquent youth” violates Torah sages’ teaching that a Jew who harms another Jew is “evil.”

The attack was reported overseas and given headline coverage by Fox News, giving Israel a royal black eye.

Play Your Part! – News From The Torah [audio] 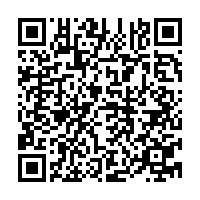