A seminary for women in Pakistan renamed its library to honor the former al Qaeda leader whom they refer to as the “martyr” Osama bin Laden, according to a report in The Express Tribune.

The Jamia Hafsia seminary in which the library is located is headed by Imam Maulana Abdul Aziz, who is the imam of Islamabad’s mosque, Lal Masjid.


“It is true that we have named the library after Osama bin Laden,” a source told AFP on Thursday, speaking on condition of anonymity. “He might be a terrorist for others but we do not consider him as a terrorist. For us he was a hero of Islam.”

Bin Laden was the founder of al Qaeda, which claimed responsibility for the September 11, 2001 attacks in the United States, as well as other mass casualty attacks in places such as Egypt and Afghanistan.

Amongst other prohibitions and objections against the West, bin Laden called for the destruction of Israel.

Bin Laden was killed by special naval and Central Intelligence Agency forces on May 2, 2011, in Abbottabad, Pakistan. He had been living in a large, walled, private compound in Abbottabad. The United States later confirmed that Pakistani officials knew about bin Laden’s presence in Pakistan. 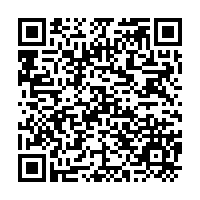