The Al-Aqsa Martyrs’ Brigades, an official arm of the Fatah party headed by Palestinian Authority chairman Mahmoud Abbas, has posted a video that threatens to turn Tel Aviv into a “ball of fire.”

Incitement is nothing new for the Palestinian Authority, but one would think that Abbas would have a bit of sense to camouflage it a bit in order not to give  U.S. Secretary of State John Kerry a chance to whisper criticism of Ramallah. Such disproportionate comments by the Obama administration might not be forthcoming because then Abbas could blame the United States for siding with the Zionist lobby.


Abbas has carried out a brilliant diplomatic campaign since taking over from Yasser Arafat a bit less than a decade ago. He donned a suit and tie instead of a kefiah and a pistol on his hip. Abbas globetrotted and picked up support, country by country, while playing the talk game with the Bush and now the Obama administrations.

He managed to squeeze concession after concession from Israel, breaking down almost all of the previous red lines of the Olmert and Netanyahu governments.

But the incitement on official Palestinian Authority media baffles the imagination.

The Al Aqsa Brigades is the “military” arm of Fatah. That spells “terror” in a normal world, but in this age, terrorists are resistance fighters, freedom fighters or, in the worst scenario, militants.

Abbas has not noticed that the world is getting a bit fed up with him and cannot forever ignore the constant incitement, which U.S. Secretary of State John Kerry said last year really does not exist because Abbas has done such a great job in gagging it.

Even Kerry cannot be deaf and blind forever. On second thought, let’s not go there.

If anyone has his email, please send him the video below. The audio was translated and published by Palestinian Media Watch (PMW).

The enemy must understand that the Martyr Commander Nidal Al-Amoudi left behind an army of well-trained fighters. We swear to you that we will turn the beloved [Gaza] Strip into a graveyard for your soldiers, and we will turn Tel Aviv into a ball of fire,” say the brave masked resistance fighters, holding their peace-loving rifles.

To make the video more entertaining, they even provided a cheerful song that “we are going on the way. We are the Al-Aqsa Martyrs’ [Brigades]

The full video is eight minutes long and shows footage of masked men in military training, arsenals of weapons, missiles being launched, as well as footage of Israelis running for shelter during missile attacks.

PMW recently reported on another terror promotion video that Fatah publicized, which included threats to kidnap, kill, and bomb Israelis. That video was also produced by the Al-Aqsa Martyrs’ Brigades.

WARNING: This video will be found offensive by anyone associated with the U.S. State Dept., the European Union and the United Nations.

You have been warned. 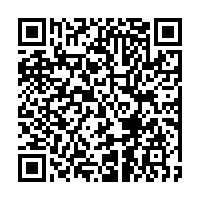