The Torah does not prohibit women from wearing a tallis,  and they should be allowed to do so at the Western Wall, President Shimon Peres pronounced in a meeting with 200 leaders of the New York UJA-Federation on Yom Ha’atzmaut.

“It is not written anywhere in the Torah that women cannot wear a tallis,” he said. “We are not a church or an organization. We are a religion and every one of us has a different way of speaking with God. All men and women are allowed to pray they choose.”


He also told the Jewish leaders what he would not have dared to say in Hebrew to Israelis: “Judaism has many faces, and it is anti-Jewish to choose only one of them.”

That statement is an outright rejection of the authority of learned rabbis and is a blatant adoption of the attitude of the rebellious Korach in the Torah, who complained to Moses that “all of us are holy” and therefore can be priests.

Peres’ remarkably shallow remarks relate to the Women of the Wall, who have successfully challenged the authority of orthodox Judaism by winning support from American Jewish organizations for their demand to allow women to have their own minyan at the Wall, wear a tallis – the prayer shawl traditionally worn by men –  and read from Torah scroll.

With all due respect to the president, and as good a Jew as he is, he is far from a Torah scholar. For him to state that to Jewish leaders that “it is not written in the Torah that women cannot wear a tallis” is simply incredibly dumb.

Of course it does not prohibit it. It also is not written in the Torah that a woman cannot be the Chief Rabbi of Israel.

President Peres is not so ignorant that he does not know that the Torah relates to the building of the Mishkan – the Tabernacle in the desert – and the laws of the Mishkan more than anything else?

He cannot be so boorish not to know there is something called the Oral Law, without which Judaism would have been a dead religion centuries ago.

It is the Oral law, as expounded in the Talmud by rabbinic sages, that has been the lifeblood of the development of Jewish thought and law, without which the Written Torah would be a museum piece.

Only Peres can explain why he saw it necessary to be so banal and declare to some of New York’s most important Jewish leaders that Judaism allows all men and women to speak with God as they wish.

The Book of Prophets does not lack examples of women praying, and no rabbi – whether Haredi, Modern Orthodox, Reform, Conservative or Reconstructionist – has declared a monopoly on prayer.

Peres may have scored points with some of the Jewish leaders, but he also showed himself to be a fool to other delegates who know that using the Torah to put a spin on issues for one’s convenience is, to use his own unfortunate term, anti-Jewish.

The Prospective Return of Global Appeasement 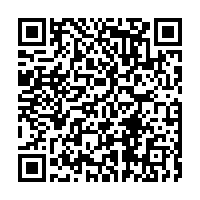