Arab terror attacks continued Thursday night on the roads in and around Jerusalem, Judea and Samaria, continuing the wave of Arab violence against Israeli Jews.

So far, Israel’s government and security establishment still intend to permit Arabs of all ages free access to the Al Aqsa Mosque on the Temple Mount Friday, despite the week-long festival of internet incitement to violence by radical Islamist preachers calling for the murder of Jews on the altar of “rescuing Al Aqsa.”


On Route 60 in Samaria north of Jerusalem, Israelis escaped injury when Arabs opened fire at people standing at a hitchhiking station. The attack took place next to the Jewish community of Ofra in the Binyamin region. The terrorists shot at four soldiers who were guarding the hitchhiking post, firing three bullets from a handgun, according to security sources. No injuries were reported. IDF soldiers at the stop returned fire at the terrorists, who drove away in a white Skoda, heading in the direction of the Arab village of Yabrud.

At around the same time, four Arabs in a car disguised themselves as Israeli police officers and tried to stop an Israeli vehicle on the highway in Judea Thursday afternoon.

Shortly thereafter, an Israeli motorist was forced to take evasive action while driving on the road near Ofra when Arab terrorists hurled a firebomb at his vehicle. No one was injured in that attack and there was no damage to the vehicle. IDF forces are searching for the perpetrators in all of the above attacks.

Arabs in eastern Jerusalem this evening also hurled an improvised explosive device at Border Guard Police officers patrolling near the Mount of Olives cemetery. The pipe bomb was aimed at the officers stationed next to the ancient Jewish cemetery.

Rioters are throwing firebombs (Molotov cocktails and stones at Israeli vehicles as they drive near Hebron, and on the road close to the village of Husan, south of Jerusalem. Husan is the village located opposite Beitar along Highway 60. “There were stones on the road, and army jeeps in the village,” a Jewish resident of Efrat told JewishPress.com .

In the Jerusalem neighborhood of A-Tur, police searched for Arabs who hurled an IED at a patrol vehicle making the rounds earlier this evening. The explosive device was hurled from one of the houses in the neighborhood and missed the patrol vehicle. Instead, it hit a parked car and exploded. Two people received treatment for severe trauma in the attack.

In a separate attack, two IEDs (makeshift bombs) were hurled at the Tomb of the Biblical matriarch Rachel, where the IDF has posted a permanent security presence. No injuries were reported. 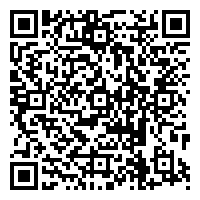