Some teachers and critics are complaining that a new civics training for Florida public school teachers includes Christian dogma, and the statement that it is a “misconception” that “the Founders desired strict separation of church and state,” the Washington Post reported Saturday (In trainings, Florida tells teachers that religion belongs in public life).

According to the report, the training program, which is voluntary and includes a financial incentive for participating, includes fragments of statements that were cherry-picked to present a more religious-conservative and “less bad” view of American history.


Florida’s Republican Governor Ron DeSantis said last week, “We’re unabashedly promoting civics and history that is accurate and that is not trying to push an ideological agenda,” suggesting that in Florida, students are “learning the real history, you’re learning the real facts.”

“I think what parents are doing is they are reorienting the school system away from indoctrination and back towards education, where we have a premium on doing what a core part of education should be,” DeSantis said in an interview with the Focus on the Family podcast on June 3, according to the Tampa Bay Times.

DeSantis has been leading the fight against Critical Race Theory (CRT) and the woke agenda in Florida’s schools.

The governor last Thursday issued a press release saying, “While the Biden administration is seeking to award grants to indoctrinate students with ideologies like Critical Race Theory, in Florida we have focused on Civics Excellence, teaching accurate American History without an ideological agenda. Our students and teachers have worked hard to elevate their Civics Excellence and are proving to the nation that Florida is the national model for cultivating great citizens.”

Governor DeSantis released the results of Florida’s 2022 civics assessments, which he says demonstrate “the success of Florida’s approach to educating its students on the history of our country, the exceptional nature of our form of government, and the role they play as citizens of our republic.”

He also announced that “the Florida Civics and Debate Initiative will expand to all school districts for the upcoming school year,” and “2,500 teachers will complete three-day civics professional development trainings by the end of July.”

He stressed that “these efforts all come as Congress considers the misleadingly titled ‘Civics Secures Democracy Act,’ which would allow the Biden Administration to buy off states with $6 billion if they sacrifice American History for Critical Race Theory and Biden’s other political whims of the day.”

For the record, many of the framers of the Constitution, while being Deists, did not believe the United States should be a Christian country. The phrase, “wall of separation between church and state” first appeared in a letter from Thomas Jefferson to the Danbury Baptist Association in 1802. Jefferson wrote:

Believing with you that religion is a matter which lies solely between Man & his God, that he owes account to none other for his faith or his worship, that the legitimate powers of government reach actions only, & not opinions, I contemplate with sovereign reverence that act of the whole American people which declared that their legislature should ‘make no law respecting an establishment of religion, or prohibiting the free exercise thereof,’ thus building a wall of separation between Church and State.

The slide toward a more Christian United States was further encouraged by the Supreme Court’s June 27, 6-3 decision in Kennedy v. Bremerton School District, siding with Joseph Kennedy, a high school football coach in the public school system of Bremerton, Washington. Kennedy had taken the practice of praying in the middle of the field immediately after each game. The practice was soon joined by the players and others. The school board was concerned the practice would be seen as infringing on the Establishment Clause separating church and state. (First Amendment: Congress shall make no law respecting an establishment of religion, or prohibiting the free exercise thereof). They attempted to negotiate with Kennedy to pray elsewhere or at a later time, but Kennedy continued the practice. His contract was not renewed, leading Kennedy to sue the board. Lower Courts, including the Ninth Circuit, ruled in favor of the school board and their argument regarding the Establishment Clause.

The majority opinion from the Supreme Court found that the Establishment Clause does not allow a government body to take a hostile view of religion in considering personal rights under the Free Speech and Free Exercise Clauses, ruling that the board acted improperly in not renewing Kennedy’s contract.

Joseph Skibell wrote in The Wall Street Journal last Friday (When the Prayers at School Aren’t Yours): “The decision immediately brought back memories of my own school days in Lubbock, Texas, in the 1970s. There were just a handful of other Jews in our large school system and no other Jewish kids in my grade, and I always felt like something of an exotic.” 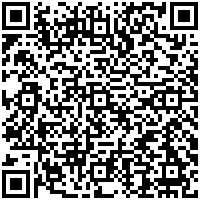