Two policemen and a civilian who made a wrong turn into the Arab neighborhood of Issawiya in eastern Jerusalem on Wednesday night were viciously assaulted by ab Arab mob which attempted to lynch them.

The police stated that two officers who were not on duty and another citizen who was with them in a civilian vehicle were violently attacked by suspects in the area of ​​the entrance to the Issawiya neighborhood and later in the French Hill neighborhood.

After being attacked in Issawiya, the three Israelis attempted to the flee and number of suspects chased them in the direction of the French Hill neighborhood, threw stones at the vehicle and sprayed them with pepper spray. One of the rioters managed to snatch the weapon of one of the officers who was in the vehicle. The policemen, who felt their lives were in danger, fired in the air to drive away the attackers who fled the scene.

Large police forces were called to the scene and began searches and operational activities to locate the rioters and the stolen weapon. The weapon was subsequently “found” and returned to the police officer.

One of the officers was lightly injured by the pepper spray and the stones, and the vehicle in which the Israelis were traveling was badly damaged.

Jerusalem District Commander Superintendent Doron Turgeman arrived on the scene and held a situation assessment, during which he instructed the forces to continue the operational and investigative activities.

In related news, Israel forces operated in a number of locations throughout Judea and Samaria on Wednesday night to arrest wanted persons suspected of terrorist activity, including in the villages of Qarawat Bani Hassan, Nuba, Beitin, Mizra Asharkiya, Beit Umar and Sinjil.

IDF troops operated in the villages of Danaba and Akhtaba in Samaria and arrested two suspects.

During the operating in the city of Shechem (Nablus), about 100 rioters attacked the forces with Molotov cocktails and rocks. The troops responded with crowd dispersing means. The soldiers arrested a suspect who threw a Molotov cocktail at the force.

In Khirbet Karama, a suspect involved in terrorist activity was arrested and a number of weapons were located and seized.

IDF troops operating in the village of Tamun in the Jordan Valley arrested two suspects.

A total of nine suspects were arrested across Judea and Samaria during the night. The suspects were transferred for further investigation by the security forces.

There were no Israeli casualties.

The arrests were made as part of Operation Wave Breaker, Israel’s counterterrorism operation following several deadly terror attacks that the country experienced in recent weeks. 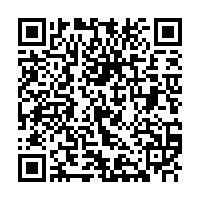