The alleged Israeli strike was reported by Syrian state media on May 20. Satellite images released by the ImageSat International showed damage to the runways.

“This strike effectively prevents Iran from landing its large Boeing 747 cargo planes at the airport,” Channel 12 reported on Tuesday. “These are the planes that deliver the precision missile systems, which in the end move to Hezbollah,” the report added.

Those planes have not been able to land at the airport since the attack, according to Channel 12. 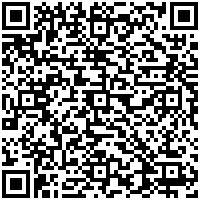