Attorney General Avichai Mandelblit on Thursday night released the indictments against Prime Minister Benjamin Netanyahu, which conclude: “Defendant Netanyahu abused his public office and high status and inflicted substantial and serious harm on the proper conduct of public administration, the moral standing of public servants and the public’s trust in civil servants.”

This is the first time in the history of the State of Israel that a serving prime minister has been charged with bribery.

Case 4000 is considered to be the worst of the three indictments, and at its center is the alleged bribery deal concocted between Prime Minister Netanyahu and businessman Shaul Elovitch, owner of the communications giant Bezeq as well as the Walla news website.

According to the indictment, the two had a quid pro quo deal in which the prime minister, in his role as Communications Minister, promoted regulatory changes that directly affected Elovitch’s business interests, generating for him a profit of about 1 billion shekels.

In exchange, according to the indictment, the prime minister and his wife Sara consistently submitted requests to change their coverage on the Walla site so as to serve them and their goals and to harm their opponents. Elovitch pressed Walla editors to comply with the Netanyahus’ demands.

Mandelblit was convinced by multiple circumstantial evidence that both Elovitch and Netanyahu were aware of the deal, although there was no explicit, direct testimony about their making the alleged deal.

The indictment states that “Defendant Netanyahu carried out various actions in favor of Defendant Elovitch in exchange for the benefits he received from the Elovitch family in the form of coverage, while acting in a partial manner and putting himself in a conflict of interests between his public duties and his private affairs, in manner that was out of the ordinary.”

Case 2000 deals with a series of meetings between Prime Minister Netanyahu and Yedioth Ahronoth publisher Arnon (Noni) Moses, where they allegedly discussed a bribe. Although the deal was not executed, Mandelblit wrote in the indictment that “defendant Netanyahu performed acts of breach of trust that substantially violate moral conduct and the public’s trust,” because he “never ended the discussions with [Moses] … and took actions as part of presenting a real possibility that he would use his governing power and high public office to advance the legislation beneficial to defendant Moses.”

“Defendant Netanyahu planted with defendant Moses the impression that there was a real possibility that he – the Israeli prime minister – would accept a bribe. In this, defendant Netanyahu also conveyed that bribery offers are a legitimate tool that can be used to promote the mutual interests of senior elected officials and businessmen, and that there is nothing wrong in bribery transactions – this even when on the line are weighty public interests such as clean elections and freedom of the press. This conduct of someone who is in the highest position in the executive branch is deeply and fundamentally detrimental to the rule of law, moral standards and public trust.”

In case 1000, Netanyahu is also charged with fraud and breach of trust, over the hundreds of thousands of shekels worth of gifts he allegedly received from billionaires Arnon Milchan and James Packer.

According to the indictment, Netanyahu received cigars and bottles of champagne for years, and his family members, too, demanded and received goods and favors from these businessmen, with Netanyahu being cognizant of it. According to the indictment, “the favors from Milchan and Packer, mostly cigar boxes and champagne boxes, were given to defendant Netanyahu and his wife on a continuous basis, in response to requests and even demands, inter alia through special deliveries, even when Milchan and Packer were not staying in Israel, to the extent that they became a kind of ‘supply line.’

“The scope of the favors reached 690,000 shekel (roughly $200,000). The goods were given to defendant Netanyahu in connection with his public office and his status as Israel’s prime minister.”

The indictment describes “the plethora of ties between defendant Netanyahu and Milchan,” and states that because of this, “defendant Netanyahu should have completely avoided engaging in Milchan’s affairs in carrying out his own state duties.”

Nevertheless, it says, in the period between October 2011 and December 2016, Netanyahu acted in Milchan’s behalf. For example, in 2014-2013, “defendant Netanyahu interacted with US government officials to get Milchan a US visa.”

In 2015, the indictment alleges, “defendant Netanyahu himself instructed the Communications Ministry to assist Milchan in matters pertaining to regulations related to a merger between the communications companies Reshet and Keshet, so that an investment Milchan was considering at that time would be financially worthwhile for him.”

As a result, the indictment states that “defendant Netanyahu has deviated from the standard regarding all his actions on Milchan’s visa issue and on the merger of Reshet and Keshet.”

The indictment obviously terminates any chance that Blue & White chairman Benny Gantz would seek to forge a broad unity coalition with Likud under Netanyahu’s leadership, so the next 21 days in which the Knesset makes a last-ditch effort to avoid third elections are probably doomed.

Netanyahu will have to face Likud primaries now, in which he will be given a run for his money by foes such as MK Gideom Sa’ar.

Here’s a cute twist, though: Netanyahu demands to receive immunity from prosecution as a member of the Knesset. However, such immunity is normally debated in the Knesset Committee, so that as long as there is no Knesset, there is no Knesset Committee, and everything remains frozen. Which means that Netanyahu is not going to be eligible for prosecution until after the elections, some four months in the future — and only then will he even begin his immunity process.

It’s good to be the king. 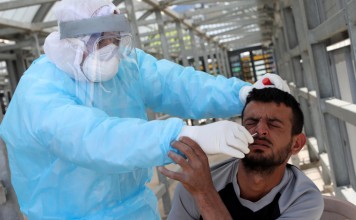