Last Thursday Dozens of Border Guards and contract workers broke into the homes of two families in a neighborhood near the settlement of Yitzhar and demolished one of the homes, according to a report by the Honenu legal aid society, which added that “unfortunately, after the forces had left the area, it became clear that beyond the demolition of the home there is concern that the forces looted the premises and stole money and property belonging to the families.”

Honenu attorney Menashe Yado this week sent the IDF Central Command a letter demanding that the case be transferred to MPCID for an investigation.


“The looting deeply humiliates a person, not only by stripping him of his possessions but by stripping him of his dignity, and trampling his status vis-à-vis the security forces,” Yado wrote, stressing that beyond the looting great damage was caused as books, drawers, a vase, glasses, pictures, and jars were destroyed, and an oven and a washing machine were thrown out.

The complaint letter describes in detail the extensive property that had been stolen from one of the families: a necklace and a gold pendant depicting the Land of Israel which had been on the living room bookcase during the evacuation were not found. A pair of gold earrings, a gold necklace were gone from a jewelry drawer, and the jewelry box where they had been kept was found empty on the floor. A gold ring with a topaz stone is gone – the ring was in a special box, which was found lying empty on the living room floor.

The other family reported a diamond ring, a wallet with a credit card, coupons, transit pass, and 300 shekel; an envelope with 100 shekel, and two new Makita screwdrivers with their box and charger, which the officers used and then took with them.

There was also destruction of a cooking stove, a wardrobe, a large mirror, a heater, many kitchen utensils and the backs of the beds. A refrigerator and a washing machine were severely banged.

JewishPress.com contacted the IDF Spokesperson’s office, but by the time this story was published we had not received a response. 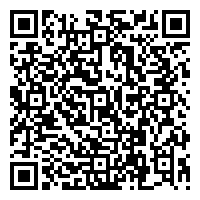