The Simon Wiesenthal Center expressed “distress and disappointment” at a comment made on Tuesday by Japanese Deputy Prime Minister and Finance Minister Taro Aso, as reported by the Kyodo news agency. Aso said, speaking to a fellow member of his Liberal Democratic Party, “I don’t question your motives, but the results are important. Hitler, who killed millions of people, was no good, even if his motives were right.”

The unfortunate statement probably emanated from an inoffensive notion the senior Japanese politician harbored about Germany’s tortured history from 1933 to 1945 (What could it be? Praise of aggressive militarism in service of the economy? Solve your runaway inflation by blaming it on the Jews?) – but it really fell flat on Western (never mind Jewish) ears. Or, as Wiesenthal’s chief, Rabbi Abraham Cooper, put it on Tuesday: “This is just the latest of a troubling list of ‘misstatements'” made by Japanese officials, which are “downright dangerous.”

“These words damage Japan’s reputation at the very time when all Americans want to show their solidarity with Japan, our sister democracy and ally, following the missile launch from Kim Jong Un’s North Korea,” Cooper noted.

Which could also be lost in translation going in the opposite direction – was the good rabbi threatening the Japanese people that if they don’t lay off the anti-Semitic stuff, the US will let them perish in a North Korean nuclear holocaust? Perhaps a short review of the year 1945 in US-Japan relations should have been considered before issuing the Wiesenthal statement?

On Wednesday, Aso retracted, stating: “It is clear from my overall remarks that I regard Hitler in extremely negative terms, and it’s clear that his motives were also wrong.” He explained that all he wanted to say was that results count, not intent. But now, after someone over in Tokyo had shown him the light, Aso realized “it was inappropriate that I cited Hitler as an example and I would like to retract that.”

It should be noted that Aso is Roman Catholic, which is quite uncommon in Japan. You’d think his European-based faith would give him better insight into the way certain statements sound to Western ears. Not so. Taro Aso is probably the worst case of hoof-in-mouth disease among the politicians of the rising sun. He is also an equal opportunity insulter.

In 2005, during the opening ceremony of the Kyushu National Museum which displays how different Asian cultures have influenced Japanese cultural heritage, Aso praised Japan for having “one culture, one civilization, one language, and one ethnic group,” the only such country in the world.

But he’s always had a special, warm corner in his heart for the Children of Israel. In 2001, as economics minister, he was quoted as saying he wanted to make Japan a country where “rich Jews” would like to live. And in 2009 he declared that “to work is good. It’s completely different thinking from the Old Testament.”

Aso has one more Hitler gaffe in his account: in 2013 his comment about Hitler’s rise to power was interpreted as praising the Nazi regime. Speaking about Japan’s revising its constitution, Aso pointed out that the constitution of Weimar Germany had been changed by the Nazis on the sly, and asked, “Why don’t we learn from that technique?”

It sounds funnier in Japanese. 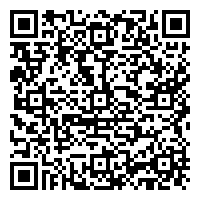