Israel’s coalition negotiations are completely stuck as of Wednesday morning, to the point where officials affiliated with Blue&White Chairman Benny Gantz have sent a clear warning to Likud, saying there are only two options at this juncture: either go back to the original summary agreement between the two parties regarding the Judicial Selection Committee and signing a coalition deal based on that summary, or fourth elections, Reshet Bet radio reported.

According to those Blue&White officials, any attempt by the Likud to reopen the talks would be rejected completely. The only way for Blue&White to come back to the table is if Likud announces that they are ready to sign the agreement that was already reached two days ago, including removing the de facto rightwing parties’ veto in the Judicial Selection Committee regarding new supreme court judges. No other move is acceptable to Gantz et al.


This has to be music to Netanyahu’s ears: going to fourth elections virtually guarantees him a long-term as head of a caretaker, righwing government, going to elections only after the coronavirus crisis is resolved – since voting under today’s permanent curfew presents obstacles that are too numerous to contemplate.

Also, according to all the surveys, while the left is excepted to implode come next elections, with the Labor party being deleted from history and Blue&White sinking to low double digits – the rightwing bloc led by Netanyahu and without Liberman will likely establish a solid coalition government.

A Smith Institute survey conducted by Rafi Smith for Maariv and published on Wednesday morning shows that had the fourth elections been held this week, the Likud would sweep 42 seats and the split Blue&White party headed by Gantz would receive only 18 seats. The rightwing-Haredi bloc win 64 seats, without Liberman’s Israel Beiteinu. The Joint Arab List would remain the third largest in the Knesset, with 16 seats.

In light of all of the above, Blue&White is afraid that Netanyahu would renege on everything that had been achieved in the long and tough negotiations, forcing Gantz to go back to the president asking for a second chance – another 14 days to build a coalition government. And after he fails, Netanyahu would have his own 21 days during which he could either add the two Labor MKs and the two Blue&White MKs who have already agreed to join his government, which would give him 62 solid seats – or call fourth elections.

Likud officials say they were not surprised by the disconnect with Blue&White, and that the breakdown in talks happened after the two parties had come to an understanding on all the issues, including applying Israeli sovereignty in the Jordan Valley. Likud then requested a re-examination of the Judicial Selection Committee, because Netanyahu was under pressure from his own base as well as from the Yamina party, not to give up the considerable achievements of former Justice Minister Ayelet Shaked in taming the activist tendencies of the Supreme Court by electing conservative justices.

The young membership of Likud sent the PM an urgent letter saying: “For democracy’s sake, we must not relinquish the judicial system! We prefer going to new elections.”

Yamina’s leaders have been running an aggressive campaign against Likud’s apparent gifting of the judiciary as a whole and Judicial Selection Committee specifically to Blue&White’s left-leaning Avi Nissenkorn (former head of Israel’s national labor union Histadrut).

The Yamina leaders are threatening that if the Netanyahu government is based on giving the justice store to the left, they would quit and form a fighting opposition that would make Netanyahu’s life miserable, with new rightwing bills exposing his soft right flank.

According to sources around the prime minister, Netanyahu’s son Yair is also working to thwart concessions to Blue&White in the Justice Ministry and judicial appointments. Now, that’s pressure from Bibi’s base. 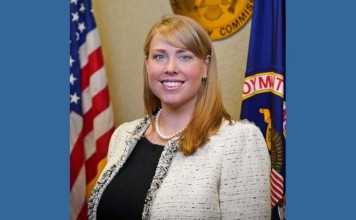