Number 4 on the Yamina slate Naftali Bennett on Thursday morning attacked Blue&White Chairman Benny Gantz on Reshet Bet radio and claimed that as chief of staff he acted as “a lazy hinny.”

A hinny is a domestic equine hybrid that is the offspring of a male horse and a female donkey. It is the reciprocal cross to the more common mule, which is the product of a male donkey and a female horse. The hinny is distinctive from the mule both in physiology and temperament as a consequence of genomic imprinting.

Bennett’s statement about the Blue&White leader was a reference to a famous quote by the late Moshe Dayan, who said: “I prefer to pull back galloping horses than push lazy hinnies forward.”

Bennett argued that during the 2014 Gaza war Gantz failed to present operational options to the political echelon, of which Bennett was a member at the time.

“There is a kind of arrogance and some unfairness in the fact that Benny Gantz is standing up and saying, ‘I will deal with Gaza,’ when during Operation Protective Edge he did not push for action, but instead braked, braked, braked,” Bennett said.

Listen to the full interview with Bennett on Reshet Bet:

Regarding the current tension in the Gaza Strip, Bennett argued: “I’m not in favor of invading Gaza, but I’m not taking it off the table. There are other ways, there are leaders, there are interests.”

When asked if Prime Minister Benjamin Netanyahu was refraining from conducting a military operation because of the upcoming elections, Bennett replied: “Could be.”

Bennett was asked about his party member Bezalel Smotrich’s statement regarding the IDF mixed-sex battalions, that “service in the mixed units harms IDF operations.”

Bennett said that “unequivocally the IDF women’s service contributes to Israel’s security, many politicians are trying to gain electoral benefits at the expense of our superb list and I tell them they should calm down, all the women on our list have served in the army.”

Of course, Smotrich objected only to women serving in mixed combat units.

It appears Yamina has decided not to fall once again into the election campaign doldrums which hurt the New Right and to some extent Habayit Hayehudi as well at the polls in the April elections. Their new strategy is to bombard the media daily with resonant right-wing messages that will attract voter attention in the national-religious and secular-right camps.

Just yesterday, Yamina announced an ambitious plan to create 113,000 new housing units in Samaria, in order to lower the density and apartment prices in the Tel Aviv area. Of course, such a plan would also go a long way to bring on Israeli sovereignty in Judea and Samaria (See: Yamina’s Ultimate Solution for High Cost of Housing: Move Half a Million Israelis to Samaria).

Above all, Yamina aims to create a vivid distinction between itself and Netanyahu’s Likud, with the message that a vote for Likud could go either way, left or right, but a vote for Yamina would make certain the Likud will go right. 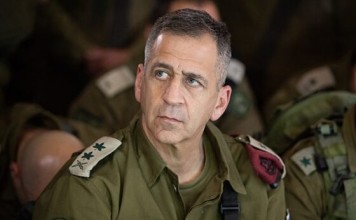 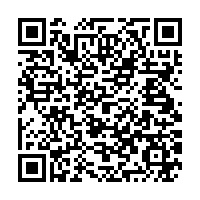