For the first time in several weeks, and in the midst of the most raucous week since the beginning of the campaign, a relative stability can possibly be observed in the trends and in the state of mind of the Israeli voter. The new polls, one conducted for Kan, Israel’s Public Broadcasting Corporation, the other for Army Radio, stands out in getting very similar results, most emphatically the two parties at the front of the race. 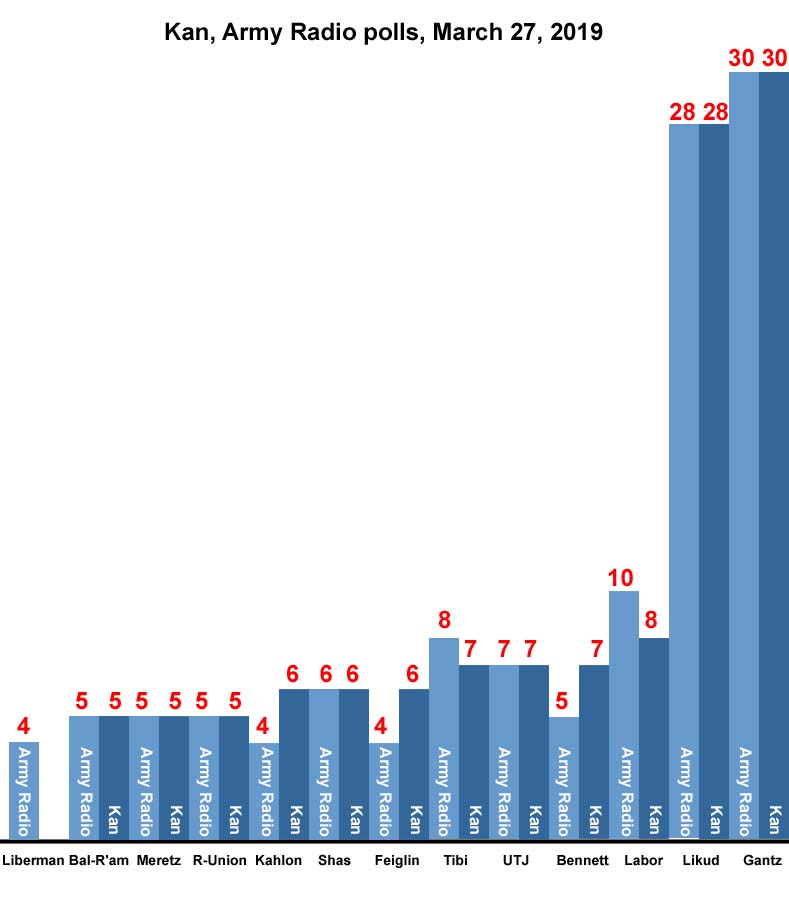 These are definitely trends. Individual results may vary by a seat or two, Liberman’s Israel Beiteinu and Orly Levy may or may not make it through the 3.25% threshold, but the rest of them can be expected to be in, and everybody else is out.

One note: whatever happens along the Gaza border on Friday and Saturday this weekend could throw everything to the wind – which does not bode well for the people of Gaza, terrorists and innocent civilians alike. Because Netanyahu cannot afford to appear weak in the face of Arab violence. Judea and Samaria Arabs and even Israeli Arabs should also think twice before staging violent riots on Saturday’s Land Day demonstrations. Not less than two weeks before the April 9 elections.

Benny Gantz gets his own party’s 30 seats, plus as many as 10 votes from Labor and 5 from Meretz – 45 seats. With 13 Arab votes, he is still stuck at 58. There is no way he could lure the support of independent players like Moshe Feiglin and Moshe Kahlon with a quarter of his Knesset votes coming from the Arabs.

Assuming, then, that Netanyahu can rely on all the other parties who make it into the 21st Knesset, he will hold 62 votes and will receive the presidential nod to cobble together a coalition.

Incidentally, the first legislation Netanyahu will get through the next Knesset will likely be the “French law” shielding a serving prime minister from indictments.

To be followed by four stable Knesset years, God willing. 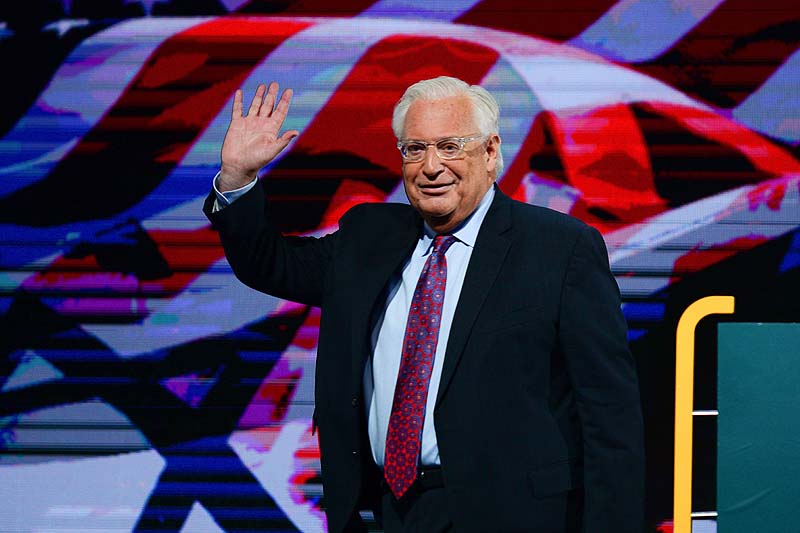