A survey conducted by the Home Front Command shows that only 24% of Israeli citizens trust state authorities to be able to deal with the coronavirus, according to a Tuesday morning report on Reshet Bet radio. The data also show that only 21% of the citizens understand the guidelines issued by the government regarding the corona.

Deputy Health Minister Yoav Kish commented on the survey’s results, saying “things may need to be improved.” He added that he “can understand the frustration from the period we’ve endured.”


Here’s an example: on Monday, Prime Minister Benjamin Netanyahu announced that the Health Minister, Finance Minister, Science and Technology Minister and the National Security Council would evaluate the possibility of reducing the recovery plan to five to seven stages and will submit its recommendation to the Cabinet by Thursday.

Here’s the proposal for reopening the education system. Now, mind you, one of the key priorities of this move, other than preventing this generation of Israelis from becoming Generation Stupid, is to take care of the little ones while their parents go back to work. So here’s the proposed plan:

1. Grades 1-2 will learn in half classes on alternate days, according to the formula that was submitted to the Cabinet, which constitutes a temporary practical solution in the immediate term.

In other words, all the parents need to do now is find jobs that require showing up on alternate days. Alternatively, they should find paid daycare for the off days, and of course, pour their earnings into that sinkhole.

According to the proposed new regulations:

A. All classes in grades 1-2 will be split in half. There will be a mixing between the two groups. Pupils will be obligated to wear masks.

B. Afternoon daycare may include up to 28 pupils from the same age group (1st grade or 2nd grade) and from the same educational institution, no more than three capsules. The Education Minister will work together with the Federation of Local Authorities in order to reduce mixing beyond what has been proposed between afternoon daycare groups.

C. Transportation to afternoon daycare (where it exists) will take place in the same manner that it does today; however, there will be a separation in the middle of the bus and the pupils will be obligated to wear masks.

It’s no wonder that several mayors have already rebelled against this semi-autistic plan which utterly disregards the real needs of parents of young children. The mayors of Rishon L’Tzion and Kiryat Bialik on Monday night declared they were planning to take matters into their own hands and run five-day classes for all the children in their cities.

Possibly in recognition of the above rebellion, the plan also proposes that “local councils that will be able to teach in full classes while meeting the health demands – will receive approval from the Education Ministry to do so.”

The PM’s press release also served up this gold nugget of communication clarity:

“The permanent solution to the issue of operating grades 1-2 during the coronavirus period will be formulated after what is happening in kindergartens will have been studied and the alternatives that were raised during the discussion, as well as other alternatives, will have been analyzed; the Education Minister together with the Health and Finance ministries, the Prime Minister’s Office and the Federation of Local Authorities will be responsible.”

Or, to quote a certain Deputy Health Minister, “Things may need to be improved.”

The same press release has this to say about reviving commerce:

1. In the coming stage (starting November 1), the areas that have been determined in the outline will be opened (complementary medicine, non-medical treatments).

2. One-on-one treatments, barbers (hair salons), beauty treatments and cosmetics, driving instruction, personal trainers, and additional areas according to a list that will be formulated by the Health Ministry.

3. Stores on the street, B&Bs, and community services will be submitted for discussion on Thursday.

In other words, it will all be decided on Thursday. 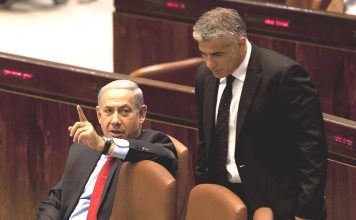