Gantz is expected to undergo tests in the orthopedic department.


On Saturday, Yamina chairman Naftali Bennett arrived in Sheba, for the second time in a week, complaining again of pain in his neck. He was also hospitalized in the orthopedic department.

In August, Gantz was released from the same hospital after recovering from surgery on his back a week earlier. The operation lasted about six hours, with the team of surgeons in the orthopedic department headed by Dr. Lewinkopf and Dr. Friedlander.

Gantz suffered for a long time from a herniated disc, from his military service. His operation was performed under general anesthesia, and, according to the protocol, Gantz transferred his powers as defense minister until he woke up from anesthesia and recovered to Minister Michael Bitton, who serves as Minister of Civil and Social Affairs at the Ministry of Defense. 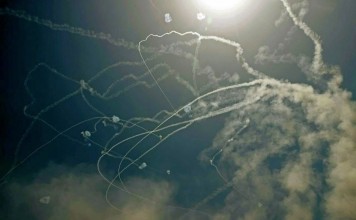