Politics is not fair. Last night, two former IDF chiefs of staff—Benny Gantz and Moshe Ya’alon—launched their election campaign using the most provocative, militaristic language, rife with aggressive threats of violence, the kind for which the sitting PM has been criticized righteously throughout his career – and the Israeli media not only forgave it – they loved it.

In a speech that sounded as if it had been cobbled together by an ad agency – which it most likely was – Gantz, the headliner of the evening, shot off a string of obligatory clichés about his love for family, country, nation, flag, anthem and army (stressing that it’s only one of each for him), and condemned the extreme conflicts in Israel between left and right, secular and religious, Jews and non-Jews (who, apparently posses two or more of the above sacred values).

Gantz then quite ably slashed the Netanyahu government, comparing it to the pre-revolution French royalty, attributing to Bibi the notorious adage of one, Louis IVX, “L’état, c’est moi” (The state that’s me). He also ribbed Bibi effectively for his unfortunate retort to a member of the audience up in Kiryat Shmona a few months ago: “You’re boring us.” So that part was well composed, well delivered, and, frankly, enjoyable. Bibi deserved all of it.

And then Gantz got down to the business of establishing that he is not a leftist, which in Israeli politics is traditionally done through threatening the enemies of the Jewish State, all of them.

He opened with, “In the harsh and violent Middle East surrounding us – they don’t pity the weak. Only the strong ones win!” and proceeded to Iranian president Hassan Rouhani (“If you won’t understand the message in words, you’ll understand it with painful and precise blows.”); Revolutionary Guard chief Qassem Soleimani and Hezbollah chairman Hassan Nasrallah (“I have a clear message: the regional rampage has ended.”); Hamas leader in Gaza Yahya Sinwar (“I suggest you don’t test me again.” This was a reference to Gantz’s role as leader of the army during the 2014 Gaza war that inflicted much ruin on the strip.).

Gantz ended the “I am not a leftist” portion of his speech with a threat for which the Israeli media would have cut Netanyahu to ribbons: “The heads of the terrorist organizations must know that Ahmed Jabari was not the first, nor must he be the last.”

Ahmed al-Jabari was second-in-command of the military wing of Hamas, the Izz ad-Din al-Qassam Brigades, who kidnapped Israeli soldier Gilad Shalit and forced Netanyahu to release 1,000 terrorists from Israeli prson in return for the soldier’s release. On November 14, 2012, under Benny Gantz’s command of the IDF, a precision air strike killed Jabari in his car.

Humongous applause from the already rowdy crowd, zero rancor from the media, for what was a boast and a threat of political assassinations – something Israel does on occasion, but for which it hardly ever accepts responsibility. Just as Gantz himself said it, LITERALLY in his next line:

“Since the establishment of the State, our enemies have known the Israeli code of secrecy. They boast and we act; they promise and we keep. In recent years, things have changed.

This – a split second after he boasted and turned sacred security subject into election fodder. Am I the only one who listened to him, for heaven’s sake?

So, candidate Gantz is not a leftist, because he killed many Arabs (indeed, one of his campaign videos shows the Gaza Strip exploding while a counter is running up the number of Terrorists Gantz killed in the summer of 2014 – 1,364).

The next portion of the speech was difficult to follow because of several internal logical conflicts:

How do you juxtapose “The government under my leadership will strive for peace and will not miss an opportunity to bring about regional change,” with “We will strengthen the settlement blocs and the Golan Heights, from which we will never go down,” “The Jordan Valley will remain our eastern security border,” and “United Jerusalem will be built, will grow – and will remain forever the capital of the Jewish people and the capital of the State of Israel.”

Don’t get me wrong, I endorse every last part of the second through fourth statements above, but how do you keep them while striving for peace and not missing a chance for regional change? No doubt, you can achieve a very comfortable modus vivendi for Israel with these principles, but Peace? With whom?

Likely aware of these internal conflicts, Gantz promised: “However, if it turns out that there is no way to reach peace at this time, we will shape a new reality.”

OK, works for me – let’s start by moving the local Arabs to, say, Switzerland, and replacing them with productive, clean-living, punctual Swiss folks. Shaping a new reality – why didn’t we think of that?

The rest of Gantz’s speech was a smorgasbord of similar promises addressing practically everyone living in Israel—expect Bibi—a bombardment of things the former chief of staff couldn’t accomplish if Israel had double its GDP and several life times:

“We will fortify Israel’s status as a strong, Jewish and democratic state.” Never mind how.

“The state government we will establish will show zero tolerance for corruption of any kind.” That’s actually the only serious argument in favor of replacing Bibi – it will take Gantz at least a full term to become as self-centered.

“I will regulate the relationships that have been undermined between the legislative branch, the executive branch and the judiciary.” Good luck, Benny, in a system where Knesset members serve in the government, and the courts appoint their own judges.

And then the media’s fair-haired candidate doubled his pace of promises from semi- to automatic:

“I will never ignore the pain of children who … were born into … wage gaps … I will lead a revolution of … significant change in the status of teachers … I will not accept the shame of the exorbitant prices that have made us one of the most expensive countries in the Western world … I will see to the construction of hundreds of thousands of apartments … and impose severe sanctions on land speculators … We will declare a state of emergency in the health system … establish another hospital in the north and another hospital in the south … expand existing hospitals to relieve the burden …. The failure of the government … is evident in every jammed road and in every crowded railway station (no suggestion as to how he’s fix it) … We have become a leading high-tech country with a low-tech government that is self-centered (again, nothing on how this can be changed) … [My government] will look decades ahead and draw the map of Israel in 2048 … change priorities for the benefit of the Negev, Galilee and the periphery … create new jobs … boost Israeli agriculture which is a world leader.”

Had enough? There are promises galore about the Jewish thing:

“My government … will respect Jewish tradition and … civil marriages … and the outline of the Western Wall (sharing the plaza with the Reform and Conservative movements) … public transport on Shabbat … but we will be careful to preserve the sacred character of this day … We will fight the exclusion of women and violence against women, and smash all the glass ceilings that prevent women’s equality (while his party is headed by two testosterone-packed generals) … We will grant the gay community the full rights granted to all citizens of the state (by all means, get the chief rabbinate to wed them)”

Finally: “We will … redefine Israeli society as a fair, just and united, model society.”

God help us, everyone. 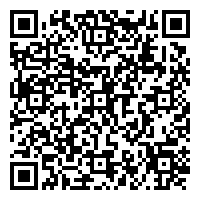