Otzma Yehudit Chairman MK Itamar Ben Gvir on Thursday drove south to strengthen the residents of the Gaza envelope communities and the surrounding settlements but was stopped by police officers.

Ben Gvir first visited Sderot, where many of his potential voters live, and then moved on to visit the residents of Nir Am and Erez who have been under a lockdown for three days, “besieged,” as Ben Gvir’s press release called it.


As The Jewish Press a short while ago (Israel Mulls Next Step as Tensions Continue, Gaza Envelope Residents Held Hostage by Safety Measures), a daylight and night-time lockdown has been imposed on the Gaza Envelope communities for three consecutive days now, and local roads, including main highways, are shut down to traffic – following threats of the Islamic Jihad to attack Israel in retaliation for Monday’s arrest of Bassam al-Saadi, the group’s local commander in Jenin, and his son-in-law and aide, Ashraf al-Jada.

Ben Gvir arrived at the Nir Am intersection but was blocked by police officers who told him he could enter on foot but not by car, and Ben Gvir agreed and announced he would enter the besieged settlements on foot.

But then the chief of the Southern Command, Eliezer Toledano, informed Ben Gvir that he could only enter on foot only during the night hours, despite his political immunity, for fear for his life.

Ben Gvir responded: “I came to break the siege. I love our soldiers and policemen, but the problem is in the policy, it’s inconceivable for the Israeli government to surrender to the Islamic Jihad. If they threaten, they should be destroyed, and any threat from Gaza should be shot at and the terrorists in Gaza should be put under curfew.”

He added: “The reality in which residents can enter and leave the settlements only on foot and only during the hours of darkness is delusional and constitutes a moral and security bankruptcy of the Israeli government.” 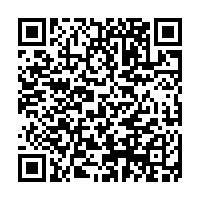