In a Sunday cabinet meeting welcoming the new IDF chief of staff, Major General Aviv Kochavi, who will take command on January 15, Prime Minister Netanyahu and cabinet ministers condemned a statement made by the losing candidate for the chief’s post, Major General Yair Golan on radio station 103FM last Thursday.

Referring to Habayit Hayehudi chairman Naftali Bennett assertion that IDF soldiers fear prosecution by the army worse than they do fighting the Hamas, Golan said: “Bennett weakens the IDF and the State of Israel, and perhaps he said what he did because it pleases his base.”


According to Yediot Aharonot, outgoing Chief of Staff Gadi Eizenkot held a “clarification conversation” with Golan following his remarks on the radio, following which the IDF Spokesperson’s Office issued a statement saying “General Golan’s interview was carried out without the approval of the IDF Spokesperson, Chief of Staff Lt. Gen. Gadi Eizenkot held a clarification conversation with the officer about the procedures and content of the interview required by an officer in uniform.”

Practically speaking, Golan is no longer in uniform, having announced his retirement over losing his bid to become the new Chief of Staff. This is not the first time Golan, who served in the army for 38 years, has made headlines with controversial statements. Speaking at a 2016 Holocaust Memorial Day ceremony, Golan said:
“If there is something that frightens me about the memory of the Holocaust, it is to identify the horrifying processes that took place in Europe in general and in Germany in particular 70, 80 and 90 years ago, and finding evidence for them here in our midst today.” 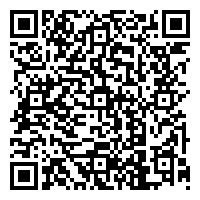