The fight to the death between Likud Justice Minister Amir Ohana and his opponents in the Attorney General’s office and in the State Prosecution continues. On Thursday, a source in the prosecution leaked to Haaretz a letter sent by Ohana to the offices of the State Prosecutor and the Attorney General, ordering them to stop issuing messages which are signed by the Justice Ministry, which gives the impression that he, Ohana, has endorsed them.

In the letter, Ohana demands from AG Avichai Mandelblit that the justice ministry’s spokesperson’s office would make sure each statement it releases is signed strictly by the unit which issues it, and not by the ministry at large.

“Often you have produced announcements on various issues on behalf of the AG and the prosecution under the heading Justice Ministry Spokesperson, or simply Justice Ministry,” Minister Ohana wrote, “which are erroneously associated by many in the public with yours truly, even though they did not receive my endorsement nor have they been issued by me.”

Ohana’s protest came in response to the Justice Department’s criticism of a video produced and disseminated by the Movement for Governance and Democracy, a right-leaning NGO, which attacked the conduct of Deputy AG Dina Zilber.

The video reviews some of Zilber’s decisions and claims that she acted on numerous occasions against the will of several government ministers. Indeed, Zilber was banned by former justice minister Ayelet Shaked from representing the government in Knesset committee meetings – because Zilber routinely presented her own leftwing biases as being official policy.

The video (see below – it’s in Hebrew, but you’ll get the point) called for deregulating the attorney general’s position and powers.

The AG’s office was furious with the video, and the Justice Department spokesperson’s office said in their behalf: “Instead of having a substantive discussion on the weighty issue of the status and role of the Attorney General, the video editors chose to personally attack the Deputy Attorney General, attorney Dina Silber, and presented her work in a false and ridiculous manner, filled with errors, lies and distortions. It is an ugly, personal attack, based on a complete distortion of circumstances and considerations touching on various events presented in the video. Such a deceptive outrage against public servants deserves all condemnation.”

Except, of course, Justice Minister Ohana, like his predecessor Shaked, agrees with the attack video, and would like to keep Zilber in restraints until she reaches retirement age.

Hence his understandable rage when he discovered that his own ministry protected Zilber and, essentially, signed his name to the document.

Give them hell, Amir Ohana, we’re with you. 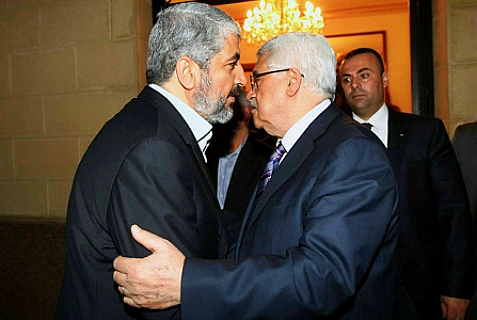 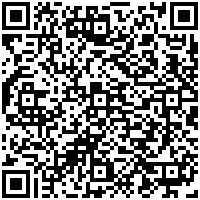