An especially broad poll conducted by Manu Geva and Mina Tzemach for Channel 2 Wednesday shows that the Israeli public continues to rally behind Prime Minister Benjamin Netanyahu, and the Likud is now stronger than in previous polls. Former chief of staff Benny Gantz, who has yet to actually launch his election campaign, has weakened somewhat.

The survey of 1,007 Israelis, with a sampling error of 3.1%, shows that if the elections were held today, Likud would win 32 seats. This is an increase of four Knesset seats compared to the last month’s survey by the same pollsters.

The two parties that endured forced splits in the last two weeks: Tzipi Livni’s movement and Habayit Hayehudi, fail to pass the threshold.

In blocs, the right receives 50 seats, compared with the center-left, which receives 41 seats.

Orly Levy-Abekasis’ party, with four seats, is not counted in any of these camps.

Netanyahu continues to lead Gantz and Lapid as the favorite to be the next PM.

In a direct competition between Netanyahu and Gantz, with no other candidates, 36% of the respondents preferred the Likud chairman as the next prime minister, Gantz receives 28%. 22% replied “neither” and 14% replied “I don’t know.”

In a match between Netanyahu and Lapid, also with no other candidates, Netanyahu is even stronger with 38%, compared with Lapid’s 21%. 30% replied “neither” and 11% went with “I don’t know.”

A full 20% of potential voters are still debating which party to vote for in the April 9 elections.

79% of the undecided said they believe or think they would show up to vote. 21% said they won’t. 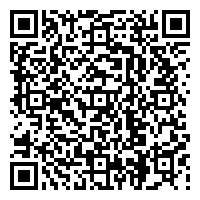