It’s Friday, 53 days before Israelis go to the polls for the second (but not necessarily last) time this year which is named by its Hebrew mathematical value for 5779 – Ha’Tish’at, literally meaning will-you-run (or gallop). We know these are just snapshots, we know the samples are too small compared with similar surveys in the US, and we know that the crazy margins of error (usually +-4.5%) render the whole enterprise stupid, but we do it anyway – so you won’t have to.

In terms of the blocs, the right gets 57, the left gets 43, with a Liberman holdout at 9 and the Arabs at 11. You’ve got the numbers, speculate. Without Liberman, Bibi is dead in the water. But Gantz could take in Liberman and UTJ and match Bibi’s 57.

The math remains about the same regarding the blocs: the right gets 58, the left 43, Liberman at 9 and the Arabs at 10. Stalemate.

Incidentally, the Kan 11 poll shows Moshe Feiglin’s Zehut with only 2.4% of the votes, which means it won’t cross the vote threshold, and neither would Otzma Yehudit, but it suggests that, should all the parties to the right of Likud unite, they could rise substantially from their combined mandates today, 12 or 13, to 15, if not more.

It’s not impossible, with these very stable results (despite everything I said at the opening) that Avigdor Liberman might be able to force the two big party into a coalition with him as kingmaker. Together, Likud and Blue&White hover just below the 60-vote line. Liberman could give them a strong coalition with all the little guys staying on the tarmac. But there are two problems in that scenario: one, Gantz and his partners have vowed never to join a Netanyahu government; and, two, Netanyahu is counting on his coalition partners’ support when he faces court indictments this fall. There’s also the fact that Liberman has vowed to unseat Netanyahu.

All of which suggests that the only way out of this stalemate might be a solution that includes a Likud prime minister, but not necessarily Benjamin Netanyahu. 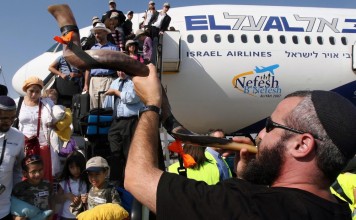