As the mandate to form the next coalition government is about to be handed to Blue&White chairman Benny Gantz, Israel’s bona fide kingmaker, MK Avigdor Liberman, told Reshet Bet radio Wednesday morning it is possible that Likud chairman and PM Benjamin Netanyahu may already be on the way out in his own party.


“Likud people care about themselves and the Likud,” Liberman said. “We already see that all the party seniors are on the starting line for the primaries. They already eulogize Netanyahu and bury him alive – [former Jerusalem Mayor, MK Nir] Barkat, [Foreign Minister Yisrael] Katz, and [Netanyahu’s arch-rival, Gideon] Saar have already announced that they will compete. Anyone who sees their conferences and get-togethers with leaders of the Likud Center and with mayors, realizes they are already deep into the race,” he noted.

For his part, Liberman made it clear that his support has not yet been given to either party. Meanwhile, he claimed that the Likud is investing serious efforts in persuading the leaders of the Joint Arab List not to cooperate with Blue&White.

“What we’re hearing from everywhere is that in the last few days, Netanyahu’s people have been sitting down with the heads of the Joint Arab List— Ayman Odeh and Ahmad Tibi—offering them mountains and hills just so they don’t join Benny Gantz,” Liberman said.

“I issued a clear outline, anyone who would like to is welcome to join,” Liberman said. “We don’t rule out anyone, but we need to understand how Likud and Blue&White intend to address the budget deficit, where will they find another 4 billion shekel for the IDF (the amount required to enhance readiness against an Iranian attack – DI), what to do with the collapsing health system. There are substantive questions.”

“It is true that Israel Beiteinu and Blue&White share a greater understanding regarding religion and the state,” Liberman conceded, “But it is completely unclear to me how they would handle the economic issue, and how it fits in with the other parties.”

“I have seen [Labor’s partner] Gesher’s program for example – it is simply delusional, it does not come close to what the State of Israel needs,” Liberman said.

Labor-Gesher is the only leftwing faction Gantz is considering for a coalition partnership at this time. Meretz is too far to the left and the Joint Arab List is too, well, Arab. Indeed, Liberman himself would be welcomed with open arms by Gantz – but this could cost Blue&White the Arab’s support. Among other things, because Liberman is the author of a proposal for a land-and-people swap with the Palestinian Authority: the Israeli Arabs of the “triangle” between Hadera and Afula to become Palestinian citizens, while Israeli law is imposed on the Jewish settlements in Judea and Samaria. 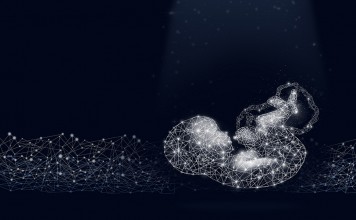 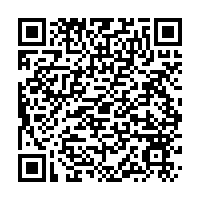