The biggest political winners following the Mossad operation in Tehran, IDF successes in Syria, and the short round of fighting in the Gaza Strip this week, are Prime Minister Benjamin Netanyahu and Defense Minister Avigdor Liberman, according to a special survey by the Smith Institute for Research published in Ma’ariv on Friday. The survey shows the Likud party jumping to 34 Knesset seats (from its current 30) and Liberman’s Yisrael Beiteinu moving up by 3 seats, from 5, which skirts the threshold vote, to 8.

The Israeli public appears satisfied, even delighted with Netanyahu’s success in exposing Iran’s nuclear ambitions and contributing to President Trump’s withdrawal from the nuclear deal. Israelis are also happy with the IDF’s persistent attacks on Iranian bases in Syria, which has led to their eventual pullout. Also, Israelis view positively the fact that the IDF did not allow itself to be dragged into a dangerous military confrontation in Gaza. All of the above is reflected in broad public satisfaction with Netanyahu and Liberman.

The satisfaction with Netanyahu and Liberman is reflected in the survey’s snapshot of the election results, if said elections had been held today:

Likud jumps to 34 seats, compared to 30 in the current Knesset.

The second largest party in the survey is Yesh Atid, headed by MK Yair Lapid, with 17 seats, compared to 11 in the current Knesset. However, this is a sharp drop for Lapid, for whom earlier polls have predicted as much as 27 seats.

The Zionist Camp headed by Avi Gabbai crumbles in the poll to 11 Knesset seats, compared with 24 seats it won in the last elections.

This is one seat is less than the Joint Arab List, which receives 12 seats, compared to its current 13.

Habayit Hayehudi, headed by Naftali Bennett, rises by one seat, from 8 to 9 – a huge disappointed after having scored as many as 15 seats in earlier polls.

Yisrael Beiteinu, headed by Liberman, soars from 5 seats in the current Knesset to 8 seats, pulling it away from the abyss waiting for political parties who fail to cross the 3.75% threshold.

Kulanu, headed by Finance Minister Moshe Kahlon, drops from 10 seats in the current Knesset to only 7 in the poll.

A new independent party, headed by MK Orly Levy-Abekasis, a deserter from Liberman’s party, receives 5 seats – despite the fact that it doesn’t yet exist. 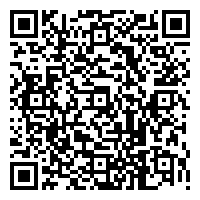