Is the proposal to divide Jerusalem being taken off the negotiating table? Certainly, not by the Arab world – but is it possible that certain Jewish organizations that have long strongly supported dividing the city are no longer in favor of doing so?

One could conclude that from a paper issued this month by Tel Aviv University’s Institute for National Security Studies (INSS). A year ago, it published a paper that essentially called for dividing Jerusalem. However, this month’s document did not even mention division as an option.


The problem is that the INSS has not given up. It still harbors hope for division, based on the fact that Jewish support for a united Jerusalem decreases when terrorism rears its head in the city.

The article states: “It is important to adapt conditions on the ground to the trend that has emerged in recent years of shifts in the Jewish public’s attitudes to the practical components of an arrangement on Jerusalem. Most of the public feels that the current reality is highly problematic and difficult to sustain forever.”

Translation: “We must prepare for division, given the fact that Jewish support for division sometimes increases, and most of the public feels that the status quo doesn’t work.”

This is a self-contradictory argument. How can it be determined what most of the public “feels” if the authors themselves say that public opinion keeps changing?

Specifically, the article states that the wave of terrorism in Jerusalem during 2015 and 2016 brought more of the Jewish public to feel that “something must be done… It seems that the violence undermined the longstanding assumption that it is possible to maintain the city’s status quo.”

In other words, violence lowered public support for a unified Jerusalem. But last year, after security improved, INSS wrote: “It can be assumed that as for long as the period of calm continues, support for the approach of unity regarding Jerusalem will continue to grow stronger.”

If INSS wishes to base policy on public opinion, it should apply the conclusion that it reached just last year: As long as security is stable, support for the approach of unity in Jerusalem will continue to grow stronger.

The INSS article continues with the following statement: “The waves of terror in Jerusalem in recent years have disproved two false assumptions that have long guided Israeli governments.” What are these two “false assumptions,” and were they in fact disproven?

If there is violence, perhaps it is the “status quo” that should be changed. The INSS authors would certainly agree that the violence should be countered with all means available to Israel’s security bodies. Or do they feel that wherever violence appears, the perpetrators’ demands – changing the “status quo” – must be granted?

“The second false assumption,” INSS writes, “is that Jerusalem is a united city.” The article states that the city is not united, given the situation in eastern Jerusalem, “where for 51 years, neglect has reigned supreme in every aspect and few Israeli Jews ever enter. Even now, Israeli control there is limited, especially in the areas on the outer side of the security barrier.”

Does the existence of such zones means that the city is not united? Are Paris and Berlin not united cities? Islamic no-go zones exist in France, Belgium, Sweden, Germany and elsewhere. Are their cities not united? If the existence of areas where Muslims prevent police from enforcing the law is the criterion for the division of cities, other cities in the world would have been divided long before Jerusalem.

At the risk of stating the obvious, the existence of such areas – whether in Paris, London, Malmo, or Jerusalem – is an indication that the world should take more seriously the threat of Islamic extremism and its desire to conquer the world.

Let us remember that with all the difficulties one could expect in a Jewish city with a large Arab minority – especially one that both Judaism and Islam view as its eternal capital – the situation could be indescribably worse. If the city were to be divided, Arab residents would abandon the eastern side, and move to west Jerusalem to retain the benefits that Israel provides. In turn, they would be replaced by terrorist and/or anarchistic elements that would turn the area into a war zone. The holy sites would become inaccessible for both Jews and Christians. Jews would leave the city, thus weakening Israel’s hold on its own capital.

Jerusalem must be kept united under Israeli sovereignty! 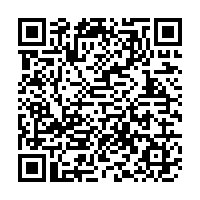