Israel Beiteinu chairman Avigdor Liberman on Tuesday night called on the chairman of New Hope Gideon Saar, chairman of Yamina Naftali Bennett, and chairman of Yesh Atid Yair Lapid to unite and run in a joint list with his party. Liberman’s people explained that he does not intend for the lists to be united under Israel Beiteinu – which currently scores fewer seats than the other three in the polls – but rather to agree on a mechanism to determine their joint running slate.

Such a mechanism would require a lot of imagination since most of the power attributed to these parties is fictional. Gideon Saar who just resigned from Likud and the Knesset is running neck and neck with Netanyahu in the polls – while having no seat at all. Bennett, who used to threaten Netanyahu with 20+ imaginary seats, has been knocked down to 10+, which is still better than his current standing of 5 seats. Lapid is the only one whose party scores in the polls about the same as it really has – 17 seats, give or take.


On second thought, Saar does have a seat in the Knesset. Earlier on Tuesday the very popular chairman of the Knesset Corona Committee MK Yifat Shasha-Biton announced that she had quit Likud and joined Gideon Saar’s party. Shasha-Biton is the most popular former Likud MK (after Saar) due to her independence, strong opinions, and refusal to follow orders from Netanyahu and coalition chairman Miki Zohar on Corona policy. It got so bad that Zohar had to assign coronavirus debates to a different committee, out of the reach of the Corona committee…

Shasha-Biton is a woman, she is Mizrahi, she was born in Kiryat Shmona and she is well educated. Before she was wooed by Saar, some polls gave an imaginary independent party under her leadership between five and eight seats.

About two weeks ago, Israel Beiteinu chairman Liberman told Kan 11: “When you look at 35 ministers, with all their internal fights – it would be cheaper for a country to have new elections.”

He said the main goal of the four-party bloc he proposed would be to replace Netanyahu: “The state is not being governed, it is run by the Netanyahu-Ben Shabbat-Yossi Cohen triumvirate.”

Ben Shabbat is Netanyahu’s national security adviser, and Cohen is the head of Mossad. The three of them do manage Israel’s foreign affairs while completely ignoring Likud’s coalition partners.

By the way, when on Tuesday Netanyahu announced the election of Cohen’s successor at the helm of Mossad – in six months – he did so without first consulting the defense minister, his coalition partner Benny Gantz. The deceived and irritated Ganz spent a raging hour reprimanding Netanyahu for violating the protocol in this way – after all, the Defense Ministry is connected to the Mossad – and also for violating an explicit clause in the coalition agreement between the Likud and Blue and White.

On Tuesday, Liberman sent a letter to the three party leaders, suggesting that despite the disagreements between them on several issues, they could unite around several principles, such as limiting the prime minister’s tenure, the IDF Compulsory Service Law, approving civil marriages, and posing a viable and winning alternative to Netanyahu.

If he is serious about his intentions, Liberman will have to mend his bridge with the Yamina party. In November, Liberman said Yamina was a “handful of nationalist Haredim (Hardalim) who took over religious Zionism.” He announced that he did not trust Yamina regarding the replacement of Netanyahu: “In all the critical votes, Yamina is together with Netanyahu,” he said, adding that he believes Bennett and Yamina are coordinating with Netanyahu.

A senior Yamina source said in early December: “Bennett and [MK Bezalel] Smotrich will not separate due to quarrels over a place on the list; the only thing that can separate them is if Smotrich realizes that Bennett intends to form a government with Liberman or Lapid. There’s no chance that he (Smotrich) would agree.”

MK Elazar Stern (Yesh Atid) on Wednesday morning told 103FM: “I think unity is the order of the hour and unity around the center is a very true thing, this is what the people of Israel need,” adding, “I think we should unite under Yair Lapid.”

When asked if his party would be willing to discuss such a united slate with Lapid not posted at the top of the list, Stern replied: “We are constantly considering everything, and you know that whoever has demonstrated stability, reliability, giving up and adhering to principles is Lapid.”

Liberman’s letter to his three potential partners in the effort to unseat Netanyahu concludes: “I’m aware of the various disagreements and the differences in worldviews among our parties, but undoubtedly the wellbeing of the State of Israel and its future supersede all of that.”

He then offered a strategic platform which he believes all four parties can agree on – which remains to be seen:

At the moment, the four parties are within reach of a coalition majority, but for sure can deny Netanyahu the coveted 61 seats. But, to be fair to Liberman, his idea of creating a liberal-conservative coalition could be a first step towards limiting the number of factions in the Knesset to three or four. Also, the values of the four parties are not very far from the classic agenda of the US democratic party, with its liberals on the coasts and conservatives in the middle.

“So @AvigdorLiberman, a dangerous man and a failed and zigzagging politician, realizes he is becoming irrelevant again and tries to return to the discourse through a silly and meaningless gimmick, and along the way he seeks to transform the State of Israel from a Jewish and democratic state to a ‘liberal Zionist’ state. Hopefully the Israeli political system will be able to vomit this bad man out.”

” Evet (Liberman’s Russian name is Evet Lvovich Liberman – DI), I’m not interested. The real order of the hour is to help the 800,000 unemployed, not 4 politicians. There is already a plan. Feel free to help. The rest is really not interesting. Here’s the plan to get 800,000 unemployed Corona back to work (he included this link).” 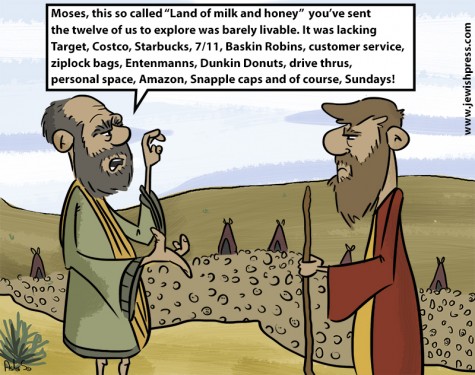 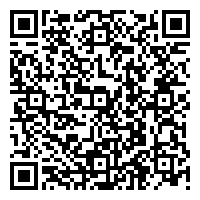