Culture and Sports Minister Miri Regev (Likud) on Thursday told a conference of Likud activists in Be’er Sheva that early elections are a possibility, Walla reported.

“The Likud today is in a difficult situation, we wish [former coalition chairman under police investigation for corruption] David Bitan to clear his case,” Regev said, adding, “There are no corrupt people here, and all attempts to search for them will not bear fruit.”


Regev said that “the Likud is a truly popular party. [Labor party chairman] Avi Gabbai is now channeling all the Likud messages because he figured out that the public is right-wing. The parties understand that the Likud is the strongest bloc in Israeli society, the public is not stupid.”

“I don’t know when the elections will be held,” Regev said. “We are planning for elections in 2019, but they might be held earlier.”

“We will win again and the prime minister will be Benjamin Netanyahu,” she assured the activists.

About Police investigations of Netanyahu she said, “It will be a difficult month, the police will probably submit harsh recommendations [to the Attorney General and the State Prosecutor], but it must be understood that those have no legal validity,” meaning that the fact that police recommend indictments does not mean that the prosecution would necessarily carry them out.

“In 1996 they also submitted recommendations and the prime minister came out of it,” Regev recalled, and told the activists, “Wait for the Attorney General’s decision, we must not aid and abet the media circus.”

Back in September 2000, Attorney General Elyakim Rubinstein finally rejected police recommendation to indict Netanyahu and his wife Sara for conspiring with a government contractor in a kickback scheme, illegally keeping gifts, and obstructing justice. The AG noted “difficulties with the evidence” which made a conviction doubtful.

“I have decided to close the file against Mr. Netanyahu concerning the suspicions attributed to him because of evidence insufficient for a criminal trial,” Rubinstein wrote.

The charges regarding illegally keeping gifts alleged that Netanyahu held on to 700 state gifts worth about $100,000 while he was in office. Those included silverware, menorahs, carpets, paintings, and a gold letter opener from Vice President Al Gore. 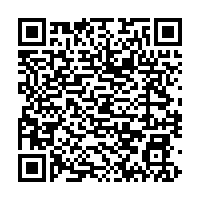