Seventeen days ahead of the March 2 election, the impasse in Israel’s political system remains alive and well, according to a survey published by Ma’ariv on Friday. The survey shows the center-left-Arabs bloc receiving 57 mandates, compared with 56 mandates for the rightwing-Haredi bloc, with Israel Beiteinu Chairman Avigdor Liberman remaining the potential kingmaker with 7 seats (down from 8 in most polls a week ago).

The survey shows that despite Benjamin Netanyahu’s media blitz, which included a summit in Washington, a visit to Moscow, the return of Naama Issachar and a visit to Africa that yielded promised diplomatic relations with Sudan, the needle refuses to move. Blue&White remains the biggest list, with 34 seats – one more mandate than it currently has, and Likud is lagging behind with 33 seats, and also goes up by one seat.


Shas retains its 9 seats, United Torah Judaism hovers at 7, as do Yamina and Liberman. Indeed, this is the only move of the needle that, if it becomes a trend, could introduce some larger movement: Liberman, whose party currently has 9 seats, took only 7 this week. Yes, it’s within the margin of error, but who knows. With so little movement, this constitutes news. Maybe.

The Labor-Meretz coalition receives 9 seats in this poll, down from its current 11.

And the Joint Arab List appears to be making good on the promises of its co-chairman, Ayman Odeh: it rose from its former plateau of 13 seats to 14. When it hits 15, it can start calling the shots in a significant way – should it be able to overcome its internal strife that has to do with the fact that being Arab is the only unifying factor in this mix of nationalists, religious fanatics and communists.

The survey was conducted on February 12 and 13 by the Smith Institute, headed by Rafi Smith, for the Maariv weekend issue, using a combination of telephone interviews and an online panel, among a representative sample of 650 men and women. Sampling error: 3.9%. 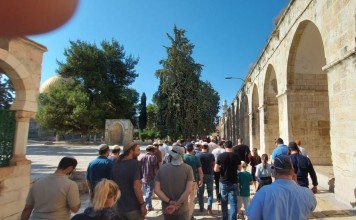 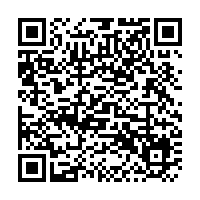