“There is one other thing that can be done to prevent unnecessary elections for the Knesset – to choose direct elections to the prime minister’s post between Benny Gantz and myself,” Netanyahu said in a video he posted Saturday night.

“In Blue&White, they say they know what the people want, so I’m in favor of the people deciding and no one else – including the media,” Netanyahu challenged his rivals.

The 1992 Basic Law: Government, known as the Direct Elections Act, was supposed to be the first phase of a reform in the Israeli elections method. The idea backfired, and instead of cutting down the number of factions in the Knesset, to make Israel more governable, it did the opposite: voters who could be certain of their pick for PM then felt free to choose the party that was really close to their heart, thus increasing the number of Knesset factions. In 2003, the old elections system was brought back with minor changes. Three prime ministers were elected in direct elections under the experimental law, the first among them being Benjamin Netanyahu in 1996.

In early November, following Minister Aryeh Deri’s proposal to hold direct elections between Netanyahu and Gantz without dispersing the Knesset, Channel 20 (considered rightwing) ran a special survey on its Facebook page, asking the public: “Who will you vote for in direct elections for prime minister?” More than 13,000 responded to the survey in less than a day, and the results: 88% (more than 11,000 votes) chose Netanyahu; only 12% (more than 1500 votes) Gantz.

Blue&White responded to Netanyahu’s initiative on Saturday night, saying: “We are engaged in preventing costly and unnecessary elections, and not in hollow spins aimed at bringing back an election method that shattered the ability to govern and the political system and failed miserably. Changing the election method in a swift procedure would likely bring us exactly to the same place we are today. So this is a hollow proposal whose entire purpose is to divert the fire from Netanyahu, who is charged in three serious corruption cases, and who is the only person responsible for dragging the State of Israel to elections for the third time.”

Mk Gideon Sa’ar, Netanyahu’s stubborn rival for the Likud leadership, told Reshet Bet radio Sunday morning: “This is a move that has no chance of passing in the days left to this Knesset should a government not be formed. The Likud has always opposed the idea of ​​direct elections, it has done great harm, and was rightfully canceled after a few years. When [PM Ehud] Olmert tried to change the system of government after his failure in the Second Lebanon War, Netanyahu told him that governance is not socks. A system of government should not be changed abruptly to try to resolve a momentary political situation.”

The deadline for all attempts to avoid a third election campaign (at a cost estimated at 5 billion shekel) is Wednesday, December 11, 2019 at midnight. 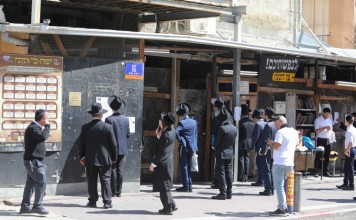