“This is the land of our fathers, this is our land. We are here to stay, forever,” Netanyahu said at the event held at the Barkan industrial park. “There will be no uprooting of communities in the Land of Israel.”


Netanyahu told a crowd of several thousand that past experience showed that withdrawing from Jewish settlements had not furthered the cause of peace. “Communities were uprooted and what did we get? We got missiles. That will not happen again,” the prime minister said.

Netanyahu called Samaria a “strategic asset” for the State of Israel. “From these hills we can see the Land of Israel from one end to the other,” he said.

“Imagine that radical Islamic forces were stationed on these hills,” Netanyahu continued. “That would be a danger not only to us, but to all our neighbors. It would endanger the whole region and the entire Middle East. Given everything that is happening around us, one could only imagine the consequences.” 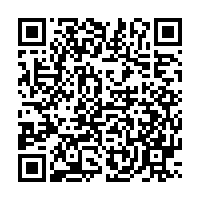