Prime Minister Benjamin Netanyahu will stand in a Jerusalem District Courtroom on Monday to respond verbally to the charges against him. The hearing in the three cases will begin with an oral statement by each of the defendants: Netanyahu, Arnon (Noni) Mozes, and Shaul and Iris Elowitz, in response to the charges against them. These follow the written answers submitted by their lawyers to the court on January 18.

The hearing will consist of two parts: the first, the formal part, will include the defendants’ oral responses, which is why Netanyahu, Mozes, and the Elowitzes must appear in court in person. It’s likely to be a short process.

The second part of Monday’s hearing will deal with the defense attorneys’ motions, which the defendants are not required to attend. The motions are likely to include a challenge to the Attorney General’s approvals to opening the investigations in the first place, and requests to dismiss some or all of the charges.

Netanyahu attended the hearing as per the court order. He pled not guilty and left. His lawyers stayed for the rest of the hearing.

Due to the Corona constraints, the hearing will be held in the new district courtroom, which includes several halls that were combined to increase occupancy. Nevertheless, the number of representatives for each defendant in the courtroom itself is limited, with journalists sitting in a separate room and following the proceedings on a closed-circuit TV.

Netanyahu asked his supporters to not show up at court due to the Corona restrictions. There were anti-Netanyahu protesters outside the court.

Knesset Speaker Yariv Levin (Likud) wrote in an Israel Hayom op-ed on Sunday that if the panel of judges—Rivka Friedman-Feldman, Moshe Bar-Am, and Oded Shaham—do not postpone the evidentiary phase of the trial until after Election Day, March 23, the judges will be guilty of a “blatant interference in the election” and of “conducting a drumhead court-martial” for the prime minister.

According to Levin, with less than 45 days left until the election, it is inconceivable to allow a situation in which only the prosecution’s evidence will be heard by the time Israelis vote on Netanyahu’s political fate. On the other hand, it must be noted that Israel has been in an ongoing election campaign for about two years, and it is still unclear whether the fourth election in March will prevent a fifth election a few months down further the road. How long should the case be reasonably delayed, then?

It’s already been more than a year since, in January 2020, the indictments were filed against Netanyahu, after he waived his Knesset Member’s immunity—which he may or not have been granted by a Knesset that remains split down the middle for and against him. Then the official trial opening was been postponed due to the first Corona lockdown and was finally held on May 24, 2020, when Netanyahu made his only appearance until today before the Jerusalem District Court panel of three judges.

Then in July 2020, there was a hearing in the presence of all the attorneys involved regarding the continuation of the trial. This was followed by changes in Netanyahu’s defense team, and new hearings were held in November and December on court procedures, evidentiary materials, and claims. Those took place without the appearance of Netanyahu or his co-defendants.

The next step is for the court to schedule the first evidentiary hearing—when the actual cases get started. But it is also possible that the defense attorneys present motions on Monday for which they will seek the court’s response before the beginning of the evidentiary part. And if the court accepts any or all the motions, then the evidentiary phase will be postponed. Of course, the prosecution will oppose anything that would result in yet another adjournment.

The charges in Netanyahu’s cases (a reminder):

The charge against Benjamin Netanyahu: fraud and breach of trust.

Netanyahu’s response: these were gifts between friends, about which Netanyahu was given legal counsel allowing him to receive them. As for the gifts his wife received, Netanyahu will claim that he was not aware of the scope of those.

The charges against Netanyahu: fraud and breach of trust. Against Mozes: bribery and the promise of bribery.

Netanyahu’s response: there was no criminal transaction between himself and the co-defendant, nor was there an intent for such transaction. The charges are not based on any legal precedent. There’s no law compelling the reporting of a bribe offer, nor against an “insufficient refusal” of a bribe offer. 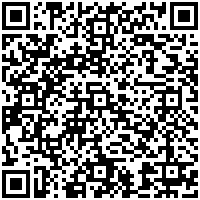