Prime Minister Benjamin Netanyahu is promoting a series of unions among his potential coalition partners on the right, to prevent the loss of right-wing votes ahead of his big duel with his center-left- nemesis Benny Gantz.

On Sunday, Channel 12 News revealed that the PM had asked National Union chairman Bezalel Smotrich, who is viewed as the dominant figure in the Habayit Hayehudi faction, to unite with Otzma L’Israel (Power for Israel, not to be confused with Gantz’s Resilience for Israel).

Netanyahu’s argument was that Otzma L’Israel—with Eli Yishai who five years ago lost his leadership of Shas to Aryeh Deri, and Itamar Ben Gvir and Baruch Marzel, who are associated with the late Rabbi Meir the Kahane’s ideology—could cost the right block as many as 2 seats in the coming elections, seeing as their party has a limited chance of crossing the 3.25% threshold on its own (they didn’t make it past the threshold in 2015).

Smotrich retorted with a noticeably biting tweet congratulating the prime minister on his correct assessment and calling on him to invite Otzma to a partnership with Likud, because that often unabashed party “is much more suited to the political culture and direction already characterizes Likud (from Tzahi Hanegbi to Oren Hazan, sic.).”

In realistic terms, Otzma L’Israel’s identity is the most well defined of all the right-wing parties, and its impact on any potential faction partner could cost said partner his own political identity. Soon to be former MK Tzipi Livni (also due to disappear below the threshold) warned that “Kahanists like Baruch Marzel and Itamar Ben-Gvir will hold the wheel of government next to Smotrich, Bennett and Shaked, and there will be no one to push the brakes.”

Regardless of whether the voters believe Rabbi Kahane’s teachings are good or bad, they would certainly overpower the message of any potential faction partner – which is why there are no takers.

Netanyahu is also talking to Shas’ current leader, Deri, and MKs of United Torah Judaism, telling them to unite as a large Sephardi-Ashkenazi Haredi bloc – a suggestion neither party favors, especially when the Chasidic and Lithuenean factions of UTJ are not on the greatest of terms, and they’re both Ashkenazim.

Netanyahu is trying to avoid an election outcome in which the Likud increases it mandates while losing its potential right-wing partners to the threshold. At this point, his right-wing coalition stands on 61 seats on a good day, but that includes Moshe Kahlon’s 10 seats, which the polls show dropping to only 5, if not fewer.

On Monday, Netanyahu asked the Likud central committee to allow him three reserved spots on the party’s election list – numbers 21, 28, and 36, so he would be able to out-maneuver “the expected connections on the left.”

Speaking of unexpected connections, Minister Kahlon told reporters on Sunday that, no matter how well or poorly his party would do in April’s elections, he is determined not to join a Likud coalition government. This obviously bolsters Gantz’s chances to form a center-left bloc. 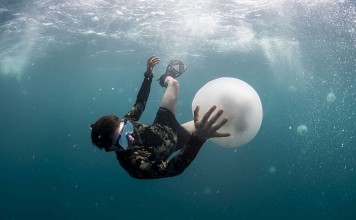 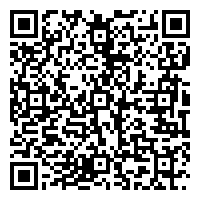