Major Michael Rebber, 36, Head of the IDF Prosecutor’s Office’s Deserters and Integration section, has a dream: to provide the estimated 3,000 individuals who each year choose to leave the Haredi world in Israel with a sense of community and support, while also helping them bridge significant social, cultural and educational gaps, enabling them to become independent and contributing members of society, and to realize their full educational, professional and personal potential.

Major Rebber knows better than most people the stress and suffering endured by these men and women. He himself came to the IDF from the Haredi world and to help his fellow “Chozrim B’She’ela” (Hebrew for the opposite of “Chozrim B’Tshuvah,” secular Jews who become religious), he asked to help deal with this HR issue.


Rebber is part of an association called “Out for Change” that was founded in 2013 by a group of former Haredim who were driven by their personal experiences to help others who have chosen a similar path and by the belief in the incredible potential that former Haredim have to contribute to Israeli society.

According to their website, they are employing a “holistic approach,” offering assistance “to anyone who asks for help, at any stage of the process and endeavors to meet any and all needs, whether in-house or through referrals to partner organizations and public services.”

The IDF has established the Netzah Yehuda Battalion for Haredi recruits looking for combat assignments, and Shachar (Haredi integration) for non-combatant recruits. However, both these units are examples of the IDF’s efforts to help Haredi soldiers preserve their practices within the military environment. But what about Haredi recruits who see the army as their chance to break free from their lifestyle?

Mind you, these are not necessarily individuals who no longer practice their faith, they only wish to do it in a less restrictive environment. With help from Major Rebber and his Out for Change group, the IDF HR now automatically identifies these soldiers and allows them to postpone their enlistment so they could complete their high school studies and improve their chances to land a rewarding military assignment. When they first show up at the reception and screening base (Bakum), they are admitted to a special screening process that tests their abilities through an interview, rather than go by their school work. The system assumes they are coming in with gaps in their core curriculum knowledge and goes about helping them improve it.

Rebber and his organization see their goal in helping these 3,000 or so recruits each year escape three years in the army during which their intellectual skills, honed by the yeshivas, are ignored and they are relegated to janitorial work.

“In the last six months, we have accompanied many candidates for military service who graduated from Haredi education to reach key positions, for example in Unit 8200 (collecting signal intelligence and code decryption – DI) or the Research Division of Military Intelligence,” Rebber told Israel Hayom on Sunday (מדיניות חדשה בצה״ל לשילוב בוגרי החינוך החרדי). “Now these worthy people will no longer have to struggle to get to the positions that suit them.” 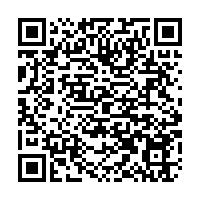