President Reuven Rivlin on Tuesday evening visited the Border Police training base, accompanied by acting Israel Police commissioner Moti Cohen and Border Police commander Yaakov Shabtai. Referring to the recent protests against the way some police officers have been treating Israeli Ethiopians, the president said, “I am sure the police is checking itself and that you will do everything in your power to examine the details and facts that need looking into and then draw conclusions and learn lessons.”

Which was his kind way of adding his own voice to that of Minister of Public Security Gilad Erdan regarding the urgent need to get rid of violent cops.

The president also stressed that police must balance the need to allow protests with making sure they don’t spillover into lawlessness. He emphasized that he fully supports the police in its mission to ensure that the latter doesn’t happen.

“If we allow anarchy, what will become of us?” the president asked.

During his visit, the president observed the border police’s capabilities, showcased in the replicated alleys of the Old City of Jerusalem at the training facility. Trainees also exercised seizing control of a bus hijacked by a terrorist; the anti-terrorist unit exhibited fighting terrorists in a rural area.

The president commented on the growing demand from young Israelis to join the Border Police, and was introduced to twin soldiers Roni and Eden Weizman of Ashdod, 19, who insisted on joining the Border Guard. He also praised the commanders of the unit for their work. 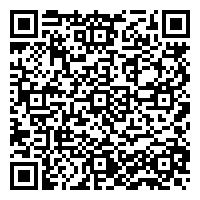