About 40% of Likud voters think the government has failed to address the coronavirus crisis, according to a 103FM poll published Wednesday morning.

The new results are viewed against the background of the many protest rallies, some very violent, that have taken place in recent days and the masses of demonstrators who demanded urgent assistance from the government and the prime minister.

The survey’s results also show that among all the respondents, if the next election were held today, the Likud party led by Benjamin Netanyahu would win 34 seats (down from 36), while Blue&White would get only 9 seats, as would Shas (9) and Yisrael Beiteinu (7).

The Yamina party, led by Naftali Bennett, would win 14 seats (up from 6), while the Joint Arab List, led by Ayman Odeh, would keep its 15 seats.

Yesh Atid-Telam, led by Yair Lapid and Moshe Ya’alon gets 16 seats, which means that the original Blue&White coalition which was split by Benny Gantz would be down to only 25 seats (from 33).

At the bottom of the list were Meretz and United Torah Judaism with 7 seats each – which is their current presence as well.

The results mean that the old rightwing-Haredi coalition could be revived and rule with 64 seats — with Bennett, Shaked and Smotrich basically taking whatever they wanted from Netanyahu.

The list of parties that would not pass the threshold percentage of 3.25% includes Otzma Yehudit, Gesher (Orly Levy-Abekasis), Habayit Hayehudi (Rafi Pertez), the Derech Eretz faction (Zvi Hauser and Yoaz Hendel) and, finally, the Labor Party, which was founded in 1968 and led countless governments with 40+ seats, and was buried by Amir Peretz,.

The survey was conducted by Menachem Lazar, director of Panels Politics, on July 14, via an online panel of 543 respondents (out of 3,711 who were asked to answer the survey). age 18 and over, Jews and Arabs, who constitute a representative sample of the population. The statistical error is +-4.4%. 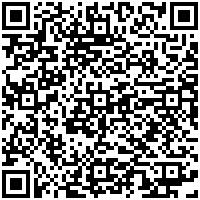