A wax figure of Qassem Soleimani, a Major General in the Islamic Revolutionary Guard Corps (IRGC) and, from 1998 until his killing in 2020, Commander of its Quds Force, was unveiled at the Museum of Luminaries at Tehran’s Milad Tower last Saturday night, Tehran Times reported.

Milad Tower (Borj e Milād), is the sixth-tallest tower and the 24th-tallest freestanding structure in the world, inaugurated on August 19, 1975, by the Shah of Iran, who was promptly deposed in 1979.


A large number of artists and cultural figures, as well as the great Martyr Soleimani’s family attended the unveiling ceremony of the statute, created by wax sculptor Hamid Lankarani.

Sirus Moqaddam, director of the popular TV series Paytakht (Capital), spoke about a consultation he held with Soleimani to make the fifth season of the series that in its final episodes revolves around the ISIS terrorists.

“I had expected to visit with a strict commander who was unfamiliar with artistic issues, however, I changed my mind about him in the early moments of our meeting,” Moqaddam said, adding that “due to the fact that the story of the series was about the ISIS terrorists, we found his guidance on the series really helpful. He told me that his comrades have a hard time fighting the ISIS terrorists, and watching recordings of ‘Paytakht’ in their spare time is their sole entertainment that makes them happy.”

Paytakht is a popular Iranian TV series portraying the life a Mazandarani family in Aliabad village. The Mazanderani people are indigenous to the Caspian region of Iran. In season 5, after Behboud had been missing in Africa for a long period of time, he is considered dead. his son Behtash returns from military service, and it upsets him when he sees Rahmat flirting with his mother Fahimeh. The Mamouli family is in a car crash with Arastou. This upsets Naghi and separates Naghi and Arastou for a period of time. During the family’s trip to Turkey, they get in an accident while in a balloon ride and are left stranded in Syria. With the help of another Syrian family and a former ISIS conscript named Elizabeth, they try to find their way out of the ISIS zone.

The ceremony went on with a brief speech by poet Afshin Ala, whose poem Sarbaznameh (Book of Soldiers) about Commander Soleimani was released last week. The original Sarbaznameh, by Mojtaba Abdollahi (2013), is available on Amazon ($15 in paperback).

“I suppose that the long versified story is the least that I could do about our hero and mujahid, who awakened humankind of the modern world again,” Ala said.

Ala published a long poem last August critical of the peace agreement between Israel and the United Arab Emirates. The poem, composed in 34 verses, is full of praise for Iran and Hezbollah’s Secretary-General Seyyed Hassan Nasrallah for their resistance against the Zionist regime, and a denouncement of the UAE for the deal. The poem was hailed officially by Ayatollah Khamenei as “really opportune and timely.”

A music video by actor and singer Amiryal Arjmand was screened during the wax figure’s unveiling ceremony.

Also, actor Dariush Arjmand also delivered a speech, expressing his regret that it is a pity that Martyr Soleimani could not do his salat at Al-Aqsa Mosque.

Ṣalāt is the practice of prayer in Islam. It is one of the five most important duties for Muslims. To perform Salat, a person’s mind must be in a state of ritual purity, which comes from ritual ablution.

The artists and cultural figures posed for photos with Soleimani’s wax lookalike and his family.

Many other wax figures created by Lankarani of physician and philosopher Avicenna (980–1037 CE), prominent painter Mahmud Farshchian, and many Iranian cultural figures are on display at the Museum of Luminaries. 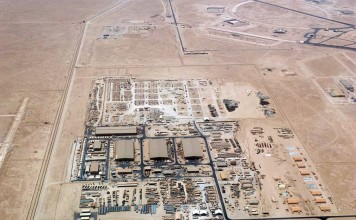