Russian President Vladimir Putin has issued an order to begin withdrawal of Russian forces from Syria starting tomorrow, Tuesday, March 15, TASS reported Monday evening. “I think that the tasks set before the defense ministry have been generally accomplished,” Putin said on Monday at a meeting with Defense Minister Sergey Shoigu and Foreign Minister Sergey Lavrov. “That is why I order to begin withdrawal of most of our military group from Syria starting tomorrow.”

Putin reportedly telephoned President Bashar al-Assad to inform him of the decision to withdraw.

According to Kremlin spokesman Dmitry Peskov, Putin had been discussing and coordinating the move with Assad. “Everything said at the meeting [of Putin, Lavrov and Shoigu] was repeated to our Syrian colleagues and coordinated with president Assad,” Peskov said.

The Syrian President told Putin by telephone that he was ready to start a political process in Syria as early as possible, the Kremlin press service said.

“With the participation of Russian military, Syrian troops and patriotic forces in Syria have managed to turn the tide in the fight against international terrorism and take the initiative on practically all directions,” Putin stated.

Russian bases in Syria will continue to operated, Putin told the defense and foreign ministers. “Our bases — the naval base in Tartus and the airbase at the Khmeimim airfield — will operate in a routine mode. They are to be safely protected from the land, from the sea and from air.”

Russian servicemen will stay in Syria to engage in monitoring the ceasefire, Putin added.

Russia’s aerospace forces launched pinpoint strikes against the Islamic State and Jabhat al-Nusra targets in Syria on September 30 after the Federation Council upper parliament house unanimously approved President Vladimir Putin’s request for the use of the armed forces against terrorists in Syria.

The Russian president said he hopes the start of the withdrawal of Russian troops will become a good motivation for launching negotiations between political forces of that country and instructed the foreign minister to intensify Russia’s participation in organizing the peace process in Syria.

“I hope today’s decision will be a good signal for all parties in the conflict. I hope it will significantly increase the trust of all participants in the process,” Putin said. “I ask the Russian Foreign Ministry to intensify Russia’s participation in organizing the peace process to solve the Syrian problem,” he added. 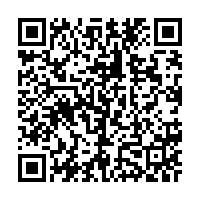