Rabbi Moishe Sternbuch, Vice-President of the Rabbinical Court, chief judge of the Edah HaChareidis in Jerusalem, and dean of the Ramot yeshiva, during a recent weekly lesson addressed the conflict between Russia and Turkey and said that it means we should expect the Moshiach, Kikar Hashabbat reported Thursday.


“We have a documented tradition going back to [Rabbi Eliyahu ben Shlomo Zalman, known as the Vilna Gaon (1720- 1797)] that if the Russians will come and occupy Istanbul, the capital of Turkey, we’ll have to rush and wear our Shabbat clothes and expect the Moshiach,” said Rabbi Sternbuch.

He continued, “Behold, the Russians and the Turks have begun to quarrel with each other, we can hear the sounds of war, so really all the nations are wondering what happened, how did Turkey start up with Russia.”

“But we see in this the fulfillment of the teaching of our Sages that when Moshiach should come, God pits kingdoms against one another and they start war against their own will,” continued Rabbi Sternbuch, “which is why we, in the year past the shmitah year, see this as a great encouragement and we should arise.”

“Now is an opportune time to be strengthened and to pray, Moshiach stands behind our walls, waiting to arrive”, Rabbi Sternbuch added. “After all, it’s hard to understand how a country like Turkey begins a war and even refuse to say they’re sorry. Er iz a meshuginer (Erdoğan is crazy). God confuses them, which is why we should be strengthened in tshuvah and then we will merit to be truly redeemed speedily.” 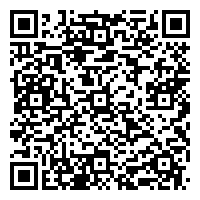