Syrian rebel rocket attacks from inside Lebanon on Hezbollah strongholds in Beirut were the most explosive signs yet that another civil war will blow up in Lebanon and leave with Israel with an unstable and uncertain enemy from the Mediterranean Sea to the Golan Heights.

Several people were wounded, including at least three Syrians, according to Lebanese media.


Free Syrian Army commander Ammar al-Wawi warned that the rocket attacks were only warning signals of a more devastating offensive if the Lebanese government does not stop Hezbollah from fighting alongside loyalists to the Syrian regime in the civil war.

The rocket attacks, the first in Beirut since the two-year-old civil war began in Syria, came only hours after Hezbollah leader Hassan Nasrallah said, “I say to all the honorable people, to the mujahedeen, to the heroes: I have always promised you a victory and now I pledge to you a new one” in Syria.

“The attack is a notice of a big upcoming explosion that can throw Lebanon into the painful events in the Arab region,” warned Grand Mufti Mohammad Rashid Qabban, according to the Beirut Daily Star.

“Launching Grad rockets from one Lebanese area to another is surprising and shocking and holds dangerous signs for Lebanon,” he added.

Marwan Charbel, Lebanese Interior Minister stated, “God willing, the events in Syria will not spill over into Lebanon, and we hope that we will have more men with more reason because we just went over 40 years of civil war.

Lebanese has not been stable for decades. After a devastating 15-year civil war in the 1970s and 80s, Syria in effect ran the country, where it stationed thousands of troops.

The United Nations fingered Syrians being behind the bloody car bomb assassination of former anti-Syrian Prime Minister Rafiq Hariri in 2005.

Western pressure forced Assad to pull out of Syria as a new government offered faint hope for a more stable future, but Hezbollah’s strong presence in southern Lebanon gave it  a power base totally with pro-Syrian elements.

The civil war in Syria has already spilled over into the Golan Heights, where mortar shells and gunfire have become almost daily events.

The Galilee faces the same danger if the civil war spreads eastward. 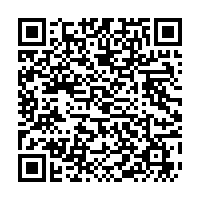