Syrian rebels have implicitly fingered Israel for the bombing of Russian-made Yakhont anti-ship missiles near the Syrian port of Latakia last week, a bombing that the Assad regime has blamed on a group linked with Al Qaeda terrorists.

It was not the FSA [Free Syrian Army] that targeted this,” the rebels’ army spokesman Qassem Saadeddine told Reuters. “It is not an attack that was carried out by rebels. This attack was either by air raid or long-range missiles fired from boats in the Mediterranean.”


The rebels maintain that they do not have the capability to stage an attack that was a powerful as the bombing near Latakia.

Israel remained officially non-committal, but Defense Minister Moshe Ya’alon told inquiring reporters, “We have set red lines in regards to our own interests, and we keep them. There is an attack here, an explosion there, various versions – in any event, in the Middle East it is usually we who are blamed for most.”

Israel has struck several times in Syria and Lebanon the past several years, most notably the bombing of a  nuclear installation under construction with the help of North Korean scientists. Israel is assumed to have assassinated Hezbollah’s mastermind terrorist Imad Mughniyeh five years ago and has bombed stockpiles of advanced missiles that were on their way from Syria to Hezbollah terrorists in Lebanon.

The target at Latakia, according to the rebels, was a cache of Yakhont anti-ship missiles, which could be used to attack Israel’s offshore natural gas and oil rigs and would have been at least the fourth time Israel has bombed a site in Syria this year.

Between 10 and 12 Syrian soldiers were killed in last week’s blast, according to Arab sources. It is not clear if the bombing was form the air or from sea.

Syrian blamed the bombing on a group linked  Al Qaeda, a departure from its previous policy of charging that Israel is the guiding hand behind the Syrian rebellion against President Bassar al-Assad.

However, the official Syrian statement, in typical language of propaganda, could be read as implying Israel.

“The attack in Latakia was not carried out from the air or the sea, but by a terrorist group aligned with Al Qaeda,” according to Syria’s official state media. ”

Assad for the past year or so has equaled Israel with terrorists, and given his state of mind, he may not want to credit Israel with having the power to continually break through Syrian defenses and attack at will.

It is perfectly reasonable and logical for him to define Israel as linked to Al Qaeda. 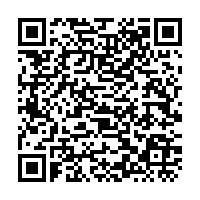