On Saturday evening, a terrorist killed himself when the bomb he was carrying blew up.

The attack happened near the Border Police checkpoint in Abu Dis, in eastern Jerusalem.

It is unclear if this was meant as a suicide bomb attack, or if the bomb blew up before the terrorist could throw it at the policemen.

In December, 25 Arabs, most from around Abu Dis, were arrested as part of a Hamas cell that were planning and preparing to commit suicide bomb attacks. 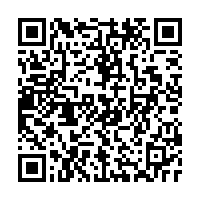