The refugees from the war in Syria go down the Syrian slopes of Mt. Hermon, the most dominant mountain in the area, to arrive and settle in south Lebanon. The area is clear of Lebanese settlements, and, in fact, the new camps are closer to Israeli communities than they are to their Lebanese neighbors. They live in temporary structures and cultivate fields they had planted.


According to the report, the IDF is monitoring the new enclaves, checking for terrorist ventures. But unlike the support Israel has rendered Syrian refugees in the Golan heights, in this case such a connection is yet to be forged.

It is important to note that every fourth person currently residing in Lebanon is a Syrian refugee, and Israel must brace itself for at least some of this new reality to start affecting its northern region.

Amnesty International said in a report released Feb 2 that Syrian refugee women in Lebanon are more vulnerable to exploitation including sexual harassment. Amnesty said 70 percent of the more than one million Syrian refugees in Lebanon were living well below the local poverty line. Those refugees who receive assistance have faced cuts as donor funds to the United Nations are being curtailed. Amnesty said women refugees in particular faced exploitation.

The majority of children living and working on the streets of Lebanon today are Syrian refugees, and many of them are surviving by begging, according to a study released this month, commissioned by Save the Children, UNICEF, the International Labor Organization and the Labor Ministry. The study has found that 42 percent of street children were illiterate. Of the 1,510 children identified by the study, 73 percent were from Syria, including “Palestinians from Syria.” 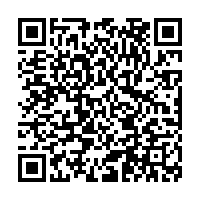