The Israeli government is very displeased with a video produced by the Jerusalem’s Periphery Forum depicting the European Union Ambassador to Israel as a killer cannibal.

Foreign Ministry Director-General Dore Gold condemned the use of a cannibal mask on the image of a diplomat as being disrespectful.


European Union Ambassador to Israel Lars Faaborg-Andersen was depicted as Hannibal Lecter, the serial killer featured in The Silence of the Lambs.

The group posted the film clip to its Facebook page on Sunday night.

On the video, the narrator says: “He’s the man that stands behind the illegal building around Route 1. He is creating facts on the ground so that there can be contiguous territory for a terrorist state in the future.

“It would be unthinkable for Israeli ambassadors in Europe to create outposts for the refugees. In that same way we can’t let Andersen challenge us by acting in a way that endangers all of us. We’ll have to restrain Andersen.”

The outposts referred to in the video are the illegally-built structures built by Arabs – many funded by the European Union – that keep popping up among the Judean Hills along Route 1 as it descends to the Dead Sea from Jerusalem. 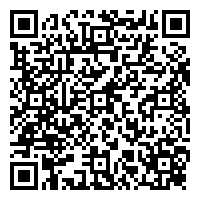