The Obama administration has been in secret talks with Iran for three years, resulting in the US paying close to $2 billion to the Iranians, with more payment still to come, according to a recent letter issued by the State Department which the Washington Free Beacon obtained exclusively.

The Free Beacon reported in January that the administration had announced settling a longstanding legal dispute with Iran over the breakdown of an ancient arms sale: Iran was to be paid a $400 million balance and an additional $1.3 billion in interest from a Treasury Department fund. The settlement was reached separately from the $150 billion in unfrozen cash assets the US must give Iran under the nuclear agreement, a State Dept. official told the Beacon.


Iran’s legal dispute with the United States (a.k.a. Big Satan) is over the breakdown of a huge arms deal that was signed with the deposed Shah and abandoned in 1979, when the Islamic revolution captured the US embassy and took American personnel hostage. Many of the Iranian claims are still unsettled and are being litigated by the Iran-US Claims Tribunal at the Hague.

Rep. Mike Pompeo (R., Kan.) reached out to Secretary of State John Kerry on Jan. 21 to request further disclosures about what he called a “ransom payment” to Iran, according to a letter sent by the lawmaker and obtained by the Free Beacon.

Pompeo this week received the Obama administration’s official response. “We apologize for the delay in responding,” Julia Frifield, an assistant secretary for legislative affairs, wrote. She then reported that the White House had first begun talks to settle a number of outstanding legal claims by Iran in 2014. According to the letter, more payments are likely to be made to Iran in the future,.

Frifield disclosed that the administration is open to paying Iran as much money as it would take to settle these legal disputes. “We are confident that this was a good settlement for the American taxpayer,” she wrote. 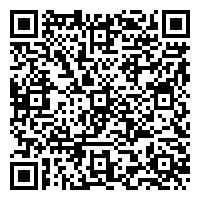