Two Republican chairs of congressional committees which have been investigating for the past several months what some have called IRS-Gate, penned an opinion piece which appeared in the Washington Post on Tuesday, August 6.

Darrell Issa (R-Calif.) and Dave Camp (R-Mich.) are the chairmen of, respectively, the House committees on Oversight and Ways and Means. In their opinion piece, “The IRS Scandals Inconsistencies,” the members of congress criticize the Internal Revenue Service for targeting politically conservative groups for discriminatory treatment.

The Republican congressmen also criticize their colleagues from the Democratic party and this Democratic administration for changing their story repeatedly about what happened, who was responsible, and who then tried to convince the American people that this was “not much of a scandal,” and then they attempted “to smear the inspector general” by “falsely equating routine scrutiny of progressive groups to tea party applications.”

But the Democrats aren’t the only ones who repeatedly refuse to ignore admissible evidence produced by the IRS itself, that the tax agency clearly, unequivocally and blatantly engaged in viewpoint discrimination.

The Republicans have also been ignoring or hiding a group that was wronged, perhaps because that group – unlike the Tea Party organizations – does not have a set of political defenders.   Unlike every other entity involved in this entire scandal and its investigation, this other group is truly apolitical.  The ardently pro-Israel organization Z STREET (of which this reporter is the president) was demonstrably discriminated against by the IRS, yet every member of congress has thus far ignored the group’s plight.

Z STREET brought a lawsuit against the IRS in August, 2010, claiming that the IRS had engaged in viewpoint discrimination, thereby violating the group’s First Amendment right to free speech.  The basis for the lawsuit were the statements made by the IRS agent in charge of Z STREET’s application to Z STREET’s tax lawyer that one, “the IRS had to give special scrutiny to organizations connected to Israel” and that two, some organizations’ applications had to be “sent to a special unit in Washington, D.C. to determine whether the activities of the organization contradicted the public policies of this Administration.”

While the Justice Department, which represents the IRS in litigation, concocted several defenses to Z STREET’s claims, they ultimately came up with a justification they deemed so bulletproof they offered a set of sworn statements by IRS officials why the IRS applied special scrutiny to Z STREET’s application.  The justification?  It is because Z STREET supports “Israel, which is a country with a higher risk of terrorism,” and therefore Z STREET might be funding terrorists.

The IRS stuck to its guns on this “Israel as a terrorist state” defense.  However, they could not have predicted that the ranking member of the Democrats for Cong. Camp’s own committee – Rep. Sander Levin (D-Mich) of the House Ways and Means Committee – was going to blow its cover.

That happened on June 24, when Cong. Levin released a series of documents produced by the IRS which he thought proved the IRS had targeted groups that were politically liberal (the term on the chart was “progressives”), and therefore the admitted targeting of politically conservative groups could not have been politically motivated.

But, as the Treasury Department’s Inspector General for Tax Administration J. Russell George explained, and as becomes clear by merely reviewing the charts, the “progressives” were listed as an historical issue of concern, and the motivation for the interest was whether or not those organizations should have filed a 501(c)(4) application which is for politically active groups, rather than for a 501(c)(3) application which is for groups engaged in educating the public.

However, those same charts created and produced by the tax agency itself reveal that the IRS created a category called “Occupied Territory Advocacy,” which dealt with groups which discuss the “disputed territories in the Middle East.” This category did show up on the IRS BOLO (Be on the Look Out) tab of the charts, unlike the “progressives” category.

Whatever the heck the IRS is supposed to be doing when it examines applicants for tax exempt status, it should not be looking at the ideological positions the organization takes with respect to the Middle East conflict.  Especially when the organization is engaged solely in educating about the issues, and doesn’t use donors’ funds to give grants to anything, anywhere, for anything.

And, despite the sworn statements by IRS officials, the word “terrorism” is nowhere to be found on any of the charts created by the IRS to show what kinds of organizations received additional scrutiny of their applications for tax exemption.

But somehow that slam dunk example of blatant viewpoint discrimination, delivered with a ribbon and a bow from Cong. Levin, escaped the notice of everyone who claims to be “servants of the people.”

Nope, unless an organization has political juice, it appears neither the Democrats or the Republicans care when the constitutional rights of a group of Americans have been violated by a U.S. government agency.

A pox on both their houses. 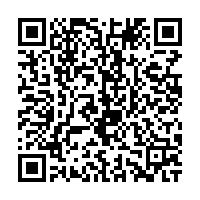