Even as condemnations for the arson at the Givat Sorek synagogue< near Karmei Tzur/a> are still reverberating in Israel’s media, a new report has emerged about a second arson where a synagogue and sacred books and articles have been incinerated. According to NRG, a group of soldiers who were training last week in the Yatir Forest, on the southern slopes of Mount Hebron, on the edge of the Negev Desert, ran into the charred remains of what used to be a synagogue in a mobile home.

The soldiers believe the mobile home had been stolen from a different location and transported to the spot where it was discovered, between the Jewish community of Shani-Livne and the Bedouin village of Houra. In additional to the burnt books the soldiers also found burnt tefillin (phylacteries) and other sacred articles.


“We were in the middle of a navigation exercise, when suddenly we noticed a charred pile, and relatively quickly realized it was a synagogue that had been burnt down,” one of the Jerusalem Brigade soldiers told NRG. “We found there siddurim-prayer books, sacred books, talitot, tefillin, and even a holy ark.”

Authorities believe the structure was ignited in recent days. Nearby infrastructure work has begun for a new Jewish community, Hiran, whose residents are staying temporarily in the Yatir military camp. There are a few Jewish-owned farms in the area as well.

On Friday night, Arabs burnt down a synagogue in Givat Sorek, next to Karmei Tzur, named after the three boys who were kidnapped by Hamas, which ignited the 2014 Gaza war. Their bodies were discovered in an area the Givat Sorek hill overlooks. 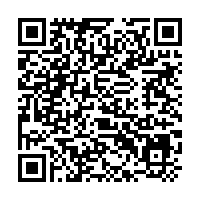